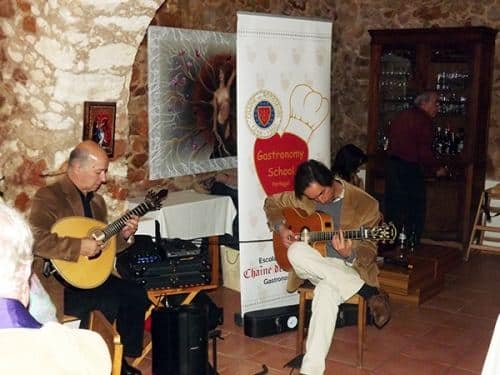 The annual retrospective exhibition of paintings by acclaimed artist Richard C. Smith is on display at Galeria Studio 21 in Loulé until November 1st. Containing pictures belonging to a number of private collectors, none are currently for sale and all are devoted to the theme of water.

Born in Zimbabwe, Richard came to the Algarve in 1986. Self taught, he began painting in 1998, interpreting the surroundings in his own unique artistic way.

Whilst the skies in southern Portugal are usually blue this is not so in his paintings. Blue is reserved for seas, springs, fountains, lakes and rivers that often lie under an ochre sky.  Meticulously painted in a naïve style, the subject of water was very close to Richard’s heart. He paints it with genuine affection including references to human activity such as fishermen’s boats, women washing laundry or bathers in the sea.

Until he died in 2008, Richard could be found each morning painting in his studio on Rua Martin Moniz. Subsequently his work space – a small but beautifully vaulted building that nestles alongside the castle walls – has become a gallery and a selection of Richard’s paintings is on display for one month of every year. C.K.