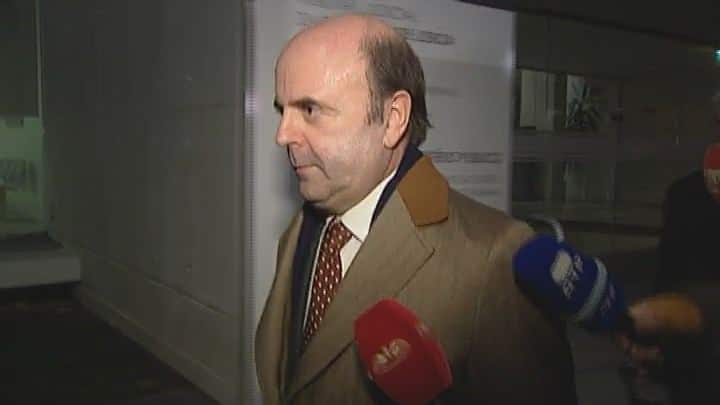 Considering he flew into Portugal from Germany on a private jet, house arrest in the bijou town of Cascais for former Octapharma chief Paulo Lalanda e Costa may not be such an uncomfortable situation. But elsewhere the so-called ‘blood mafia case’ is getting a lot of column inches, reeling into the loop former health minister Paulo Macedo – only recently appointed CEO to try and slap-back-into-shape hemorrhaging State bank CGD.

According to exposés in the country’s ‘not-always-right’ national tabloid Correio da Manhã, Macedo exerted pressure on INEM to favour Octapharma and Octapharma relatives (in this case, Paulo Lalanda e Costa’s sister, to be ‘given’ a role on INEM’s board).

Macedo, nonetheless, is denying the claims, even though they are described as having come from INEM’s former president Paulo Campos.

Meantime, Lisbon’s court of criminal instruction has decided to place Lalanda e Costa under house arrest, and prohibit him from making contact with any other defendants (‘arguidos’) in the case.

The only other defendant held in any kind of preventive custody is Campos’ predecessor at INEM, Luís Cunha Ribeiro – who has been held in jail since his detention on December 14.

The case is complicated in that it ‘goes back’ almost 16 years and is said to involve bribes and other kickbacks to give Octapharma the monopoly of blood plasma supply to national hospitals.

Cunha Ribeiro is suspected of collusion on a massive scale with his use of an apartment in Lisbon owned by Lalanda e Castro one of the “most visible signs”, according to CM, of his involvement.

There is also the question of an apartment that CM says Cunha Ribeiro ‘won’ in Porto.

Lalanda e Castro is thus under suspicion of “active corruption”, writes Observador, as well as “money-laundering” and “receipt of undue advantages”.

What confuses this story even more is that while Lalanda e Castro was detained under an international arrest warrant in Germany, a judge later freed him on the basis that there was no reason for the warrant: Lalanda e Castro’s lawyers argued that their client had always declared his willingness to comply with any investigations, and if necessary to return to Portugal to answer questions.

Other ‘flies-in-the-ointment’ are that the names of both Lalanda e Castro and Cunha Ribeiro feature in the ongoing Golden Visa corruption case, while Lalanda e Castro is also under investigation in the super-complicated and supposed-to-be-drawing-to-a-close Marquês probe, implicating former Socialist prime minister José Sócrates, who worked as a consultant for Octapharma in South America after leaving politics as Portugal requested a €79 billion bailout.

For now, as PJ police and Public Ministry officials continue ‘digging’, Lalanda e Castro is described as wearing an electronic bracelet as well as under vigilance by GNR police at his home in the luxury complex of Quinta Patiño.