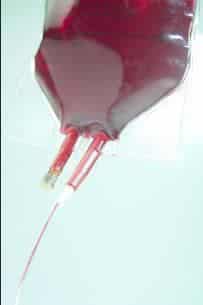 DONATING BLOOD in the Algarve is a very easy process, thanks to the dedicated volunteers of the region’s only blood donor association, who organise regular donor sessions for regional hospitals and give information to the public about the importance of this act.

The Associação de Dadores de Sangue do Barlavento do Algarve (ADSBA), Association for Blood Donors in the western Algarve, was founded on December 11, 1989 by a group of local residents who decided to help do something about the regional lack of blood for patients.

“These people recognised the importance of such a selfless act and did something to improve the desperate shortage in the region,” said ADSBA’s President, Mário de Freitas.

“Barely a fraction of those who can give blood, do, but many of us could face a time of great vulnerability in which we will need blood.”

Throughout its existence, the association has organised hundreds of donor sessions and collected many thousands of litres of blood. This year, ADSBA’s mobile blood bank will be present at around 30 sessions across the region, including in Portimão, Lagoa, Faro and Albufeira, among others.

“Although the association works to collect blood and explain the importance of this act to as many people as possible, blood is constantly needed for transfusions and transplants, particularly to help those who are injured in car accidents,” said Mario de Freitas.

“Blood is still in high demand in Portugal, because there are not enough donors for the quantity of blood that is required by hospitals and patients.”

Last year, the association collected a total of 2,961 blood samples but the number of new donors coming forward fell to just 15.

People who donate blood regularly are given a card on which their blood group is registered, as well as details of the number of samples which they have donated throughout the years. Donors also benefit from not having to pay for doctors appointments and are seen more quickly in a hospital.

Each potential donor’s health history is discussed as part of the donation process before any blood is collected and people can also give an autologous donation, which is for their own use, should they come to need it.

“Personally, I became involved with the association because I think giving blood is very important,” said Mario de Freita. “I have been a donor since the age of 18 and I know that each time I give blood, I could be helping up to three different people.”

Blood can be donated everyday between 9am and 12.30pm in the Immunotherapy unit of Portimão’s Barlavento hospital, which is on the first floor.

This year, blood drives with the association’s mobile unit will again be held at the Fatacil fair in Lagoa on August 23, 24, 27, 30 and 31. A blood drive is also due to take place at the Penha campus of the University of the Algarve, in Faro on June 4.

For more information about ADSBA and how to give blood, please contact Carla Montes on 282 417 295 or email adsba@sapo.pt

HOW TO BECOME A BLOOD DONOR