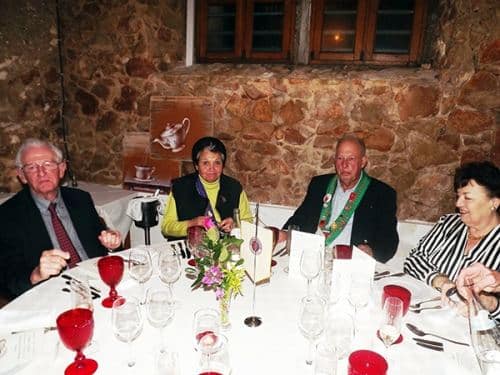 Another year closes with what exhibitors are hailing as one of the “best BLiPs” ever.

Organisers of afpop’s flagship event, ExIberia, were quietly concerned about how the reduced number of stands and the ever depressing financial market would affect visitor attendance at the 12th annual Better Living in Portugal exhibition in Portimão last weekend, which saw between 4,000 and 5,000 visitors over the two days.

The doors opened on Saturday and Sunday and the two days saw a steady stream of visitors making their way through the exhibition hall, with more than usual stopping at each stand to talk about their needs in depth with standholders.

Many new exhibitors helped to draw visitors, some in the financial sector, hair and beauty, electric cars and bikes, and even a smokeless BBQ!

The launch of the new-look community newspaper Algarve Resident was a big draw, with the publisher praising the organisers of BLiP for their efforts.

Penguin Air-Conditioning from Almancil, commented that “…this BLiP was the best on record…”

Algarve Computer Centre mentioned that they had “…seen more people and had more leads than in the previous two years…”.

Max, who was showing the smokeless BBQ, sold virtually all of the stock he had, and Tiago from Luzdoc told organisers that “Sunday was better than Saturday”.

A visitor even bought a brand new Honda CR-V which was on sale at a special exhibition price.

While cars have been sold as a result of BLiP in the past, this was a first for the show where a car was sold at the event. MSCAR sales people looked delighted with the response.

afpop and ExIberia, through the Algarve Resident, would like to thank visitors to the exhibition for their support and the exhibitors for their professionalism throughout the event.