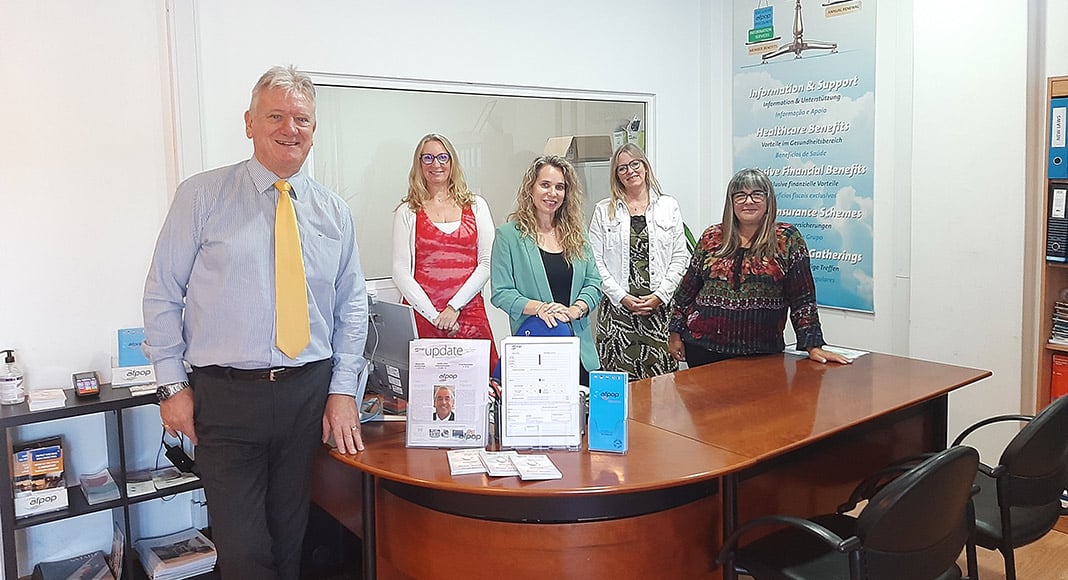 Foreign residents’ association afpop has announced that its annual Better Living in Portugal (BLiP) expo – due to take place between October 24 and November 1 – is going digital this year due to the restrictions imposed by the coronavirus pandemic.

The association is also waiving the event’s registration fees, making it free for visitors as well as exhibitors in a bid to help businesses that have supported BLiP throughout the years.

“There will be no cost to be part of it. Any money we’ve invested in this, which is not a fantastic amount, we’re standing the cost of. We don’t want people to think we’re being opportunistic and we’re clawing money off of them. What we want is to support businesses that have supported BLiP,” afpop CEO Michael Reeve told the Resident this week.

At a time when so many businesses are struggling, Reeve said he doesn’t want BLiP to be something that business owners “had to make a financial decision about”.
But how will the event’s new digital edition play out?

In a nutshell, the exhibition will be taking place online on the event’s official website – betterlivinginportugal.com

“We are redesigning it so that the stands at BLiP will now be stands on the website. So, if you’ve booked a stand, you’ll have the opportunity to decorate it any way you want,” Reeve explained.

Businesses will be able to upload their own videos, posters, text and links to the website or online shops as well as banners with their own social media pages.
Exhibitors will even have the option to change their stand every day.

“Say an exhibitor wants to promote two different products each day – they can do it, they can change the stand as often as they want,” Reeve told us.
As he put it, “innovation has been forced upon us”.

“We had just got really comfortable organising BLiP as a physical exhibition, and we were getting into the process of thinking about how to innovate it. And then this (the pandemic) happened.”

Exhibitors will be listed by category, making it easier for visitors to find what they’re looking for.

At the top of the page, there will be the usual ‘BLiP offers’ – special offers and discounts that will only be available through the event – as well as a section for the afpop advantage directory, which many exhibitors are a part of.

Reeve admits that the layout is “not perfect” but that the association did what it could to make sure BLiP goes ahead in spite of all the restrictions.

“We’re doing it like this, it will be fun, and people will understand what we’re trying to do and that we’re trying to do something. We know it’s not perfect, we get that some people might complain. We will listen to what they have to say which will help us get an idea of what to do for next year,” he said.

“Our intention for future BLiPs is to have a physical exhibition which closes on Sunday afternoon and which will be followed by the launch of a website on Monday, so that every exhibitor will have a further week to upload and follow on from the expo.”

A live stream is also in the pipeline for next year’s edition, “even if it is just via afpop’s Facebook page”.

However, the sights for now are set on this year’s edition which will be a new challenge, but one that afpop has gladly taken on.

“It’s quite exciting. I’m a bit nervous because we’re getting closer to the date,” Reeve admitted.

The website is already online but will only be updated for BLiP on the exhibition’s first day.

Around 50 businesses, many of which had already registered before the pandemic broke out, are in the process of booking their stand and there is still space for more.

“We want businesses to know they can still join and be a part of this. There’s no hidden cost, no catch, no drawback. Even if nothing comes from the event, exhibitors won’t have to spend a penny,” he said.

In fact, exhibitors who take part in this year’s BLiP will also be entitled to promote their business when the website goes online again in spring.

“It’s all potential upside as far as businesses go.”

Right from the get-go, Michael Reeve knew that a certain number of exhibitors would have to take part to make the event worthwhile.

“If there were less than 25 exhibitors, it wouldn’t be BLiP, it would be just a website. We were getting contacted by exhibitors who had already booked their stand in January and February asking ‘what’s happening?’. And for the longest time, for us, (the physical exhibition) was going ahead,” he said.

“If it was physically possible, whatever the restrictions, we were going to put it on. But then the restrictions went way too far. Portimão Arena has been set up as a field hospital until end of year. Plus, the restrictions on gatherings were too much. If we’ve got 100 exhibitors, we’ve already got 350 people in the arena,” the CEO added.

Thus, this year, BLiP will make its fully digital debut.

More details are due to be revealed by afpop in the coming weeks. If you are interested in signing up as an exhibitor, you can contact the association by telephone or email.

afpop office only “open for appointments”
Throughout the pandemic, afpop’s staff has continued to work at the association’s office in Portimão although its doors were closed to the public.

Virtually every employee continued to come in for work at the office despite having the government-backed possibility to work from home.

“We could’ve worked from home, but the one thing we couldn’t do was answer telephones,” he explained.

As afpop is a members’ association, this was seen as a vital part of the association’s duties which could not be ignored.

“I’m really proud of the staff, they could’ve worked from home, it was their right, but they understood we’re a members’ association,” he said.

Recently, the association reopened its doors to the public but “only by appointment”.

All staff members wear masks and visitors are also required to wear masks. If you want to visit the association’s office, you must contact afpop in advance and book your appointment.