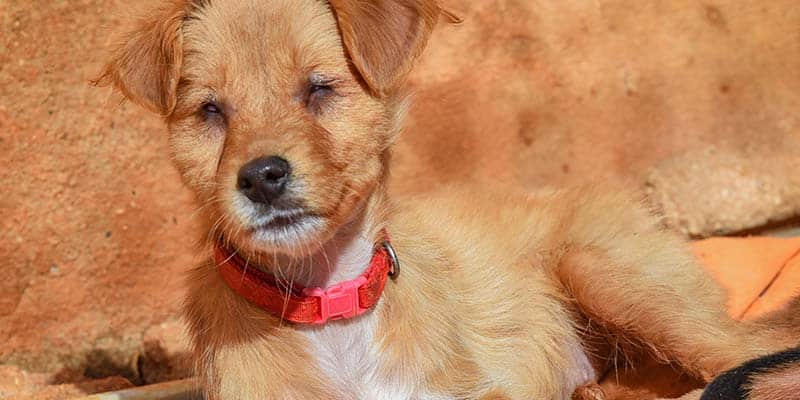 As you read this on Thursday, Miranda will be settling in with her new family in Holland.

The flight from Portugal shouldn’t have been too scary as her tiny size meant that she could travel with a volunteer from the shelter that has been looking after her.

Miranda stole lots of hearts after she was ‘rescued’ by the Cadela Carlota e Companhia charity.

She was found in a cardboard box outside a market in Portimão.

At first no-one understood ‘what was wrong with her eyes’. They just didn’t open.

Subsequent examinations showed that they never would.

Miranda has a congenital deformity of the eye-ball, meaning she will never see.

But the extraordinary reality is that she can adapt perfectly to the disability, as long as she has a sight-buddy to show her the ropes.

Said a source for Cadela Carlota, Miranda’s adoptive family has ‘two sight buddies’ only too delighted to show her everything, as well as older children who will be particularly careful with her.

In fact, Miranda should get everything that a small blind puppy left in a cardboard box on the streets could ever hope for.