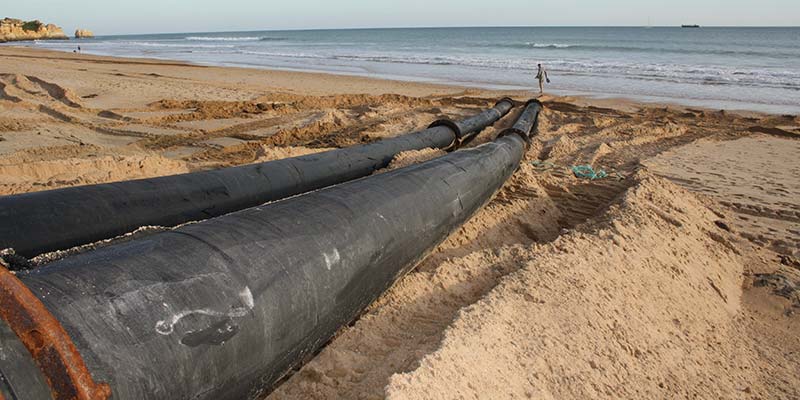 The black water that has been pumped into the sea at Praia dos Três Irmãos in Alvor “is just mud” that is being removed from the bottom of the Alvor estuary, assured a spokesperson from Portimão council.

“The black water is not sewage and there is no kind of danger. It isn’t a pleasant sight, but that’s why these works were carried out in winter when the bathing season is closed,” council spokesperson Pedro Poucochinho told the Resident.

The works are part of a dredging project that aims to make it easier to navigate in the estuary and, at the same time, replenish the eastern section of Alvor beach.

The notice board at Alvor beach reads that the aim is to “reinforce the sand dune belt in order to ensure natural protection against erosion”. The project costs around €2 million, most of which is being covered by the EU (€1.7 million).

However, the sight of black water being pumped into the ocean and the huge trench that appeared on the beach raised fears that it could be “contaminated sludge”.

A concerned reader wrote to the Resident as she feared the water could be detrimental to her and her husband’s health as they had walked through it.

“We are visitors to the Algarve, and we enjoyed a walk along the boardwalk beside the beach. On our return, we decided to paddle in the ocean. Part of the way of our walk was through black water.

“This is of huge concern to us, as we walked through some of this vile water until we realised the colour had changed. We should like to know if this is detrimental to our health. As soon as we could, we entered clearer water further along the beach, hopefully to wash off the contamination.”

In a comment article in February about the Alvor beach works, marine expert Charles Frew also raised safety concerns: “The trench was fully accessible from the beach with partially half buried safety netting visible and little or no warning signs. Children or dogs might have easily wandered in and fallen into the gooey mud.” (click here)

Despite multiple attempts over the last few weeks, the Resident has been unable to obtain a comment from the regional environmental authority APA. 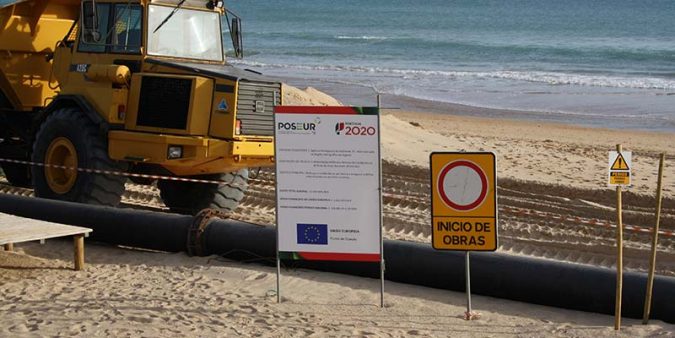 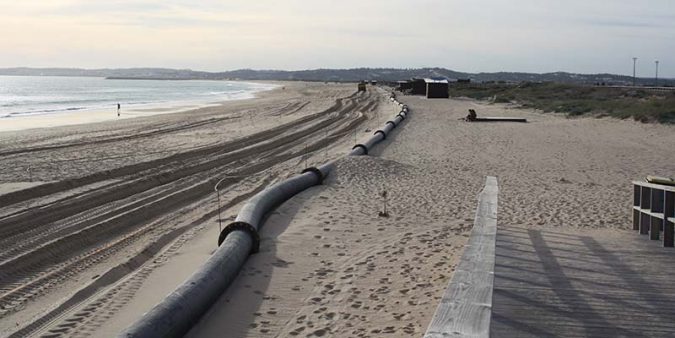 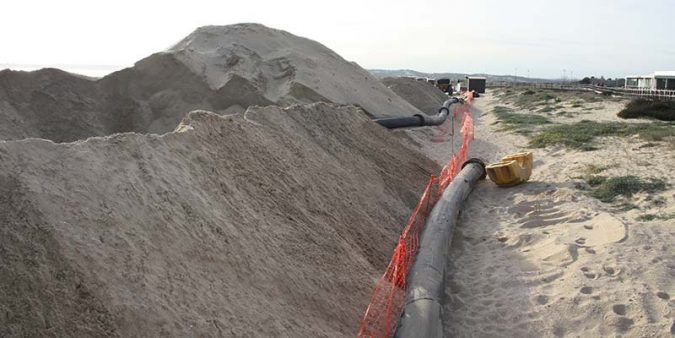 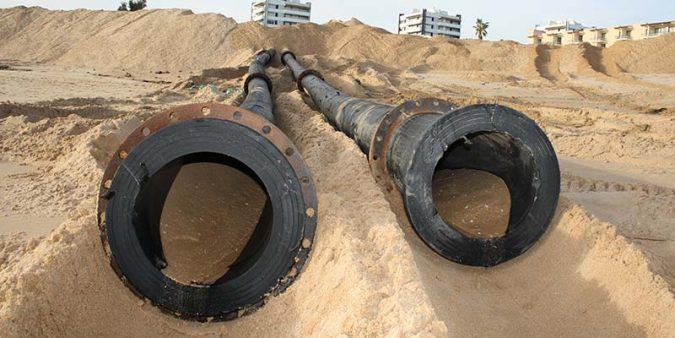 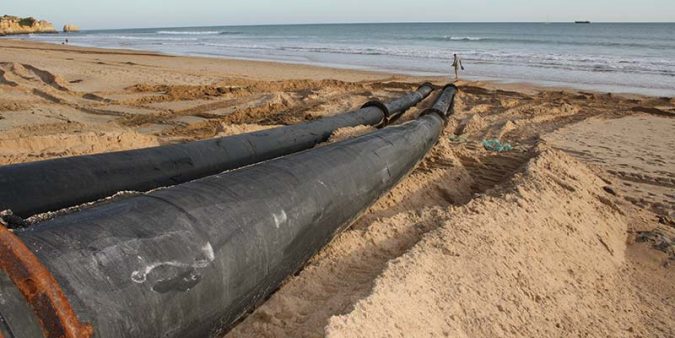