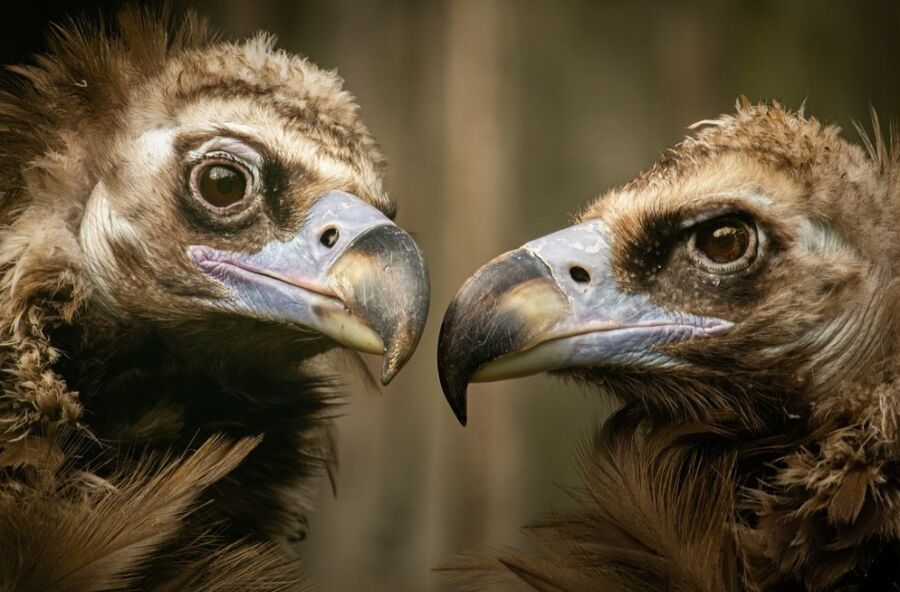 The ambitious “LIFE Aegypius return project – expansion of the black vulture population” aims to double the number of pairs of this critically-endangered species in the next five years with an investment of €3.7 million for the next five years.

Vulture Conservation Foundation director José Tavares explains: “Currently, there are 40 pairs of black vultures in the border area (from the International Douro to the Alentejo).

The main goal is to have 80 pairs and increase the number of colonies in the five years of funding.

This initiative is the result of a consortium that brings together Portugal and Spain and dozens of other partners.

“We will work to preserve the existing vulture colony in Portugal and increase this number during the project, and at the same time promote the settlement of the species in other places where it does not breed, with the possibility of this happening in several inland border locations,” stressed José Tavares.

According to Tavares, the work with Spanish neighbours is vital through an entity that is part of the Fundación Naturaleza y Hombre consortium.

“The black vulture (Latin name: Aegypius monachus) is one of the four European species of vulture, which became extinct as a nesting species in Portugal in the 1970s and 80s. In the last 20 years, we have seen a recovery of these scavenger birds in colonies very close to the border with Spain between the international Douro and the Alentejo.

“The main enemy of this species is the poisons used in farming and livestock-raising to decimate predators and/ or hunting activities that use lead ammunition, which also causes poisoning. To double the population of the black vulture, we need to work together to eradicate poisons“, he added.

In 2010 the black vulture returned to nest in Portugal, in the Tejo Internacional Natural Park. In 2012, the first nesting pair was recorded in the International Douro Natural Park and, in 2019, the second.

This species only has one chick per breeding season, which makes it even more vulnerable in terms of its reproductive success.

This project is 75% financed by European funds and the remaining 25% by the Iberian consortium partners.