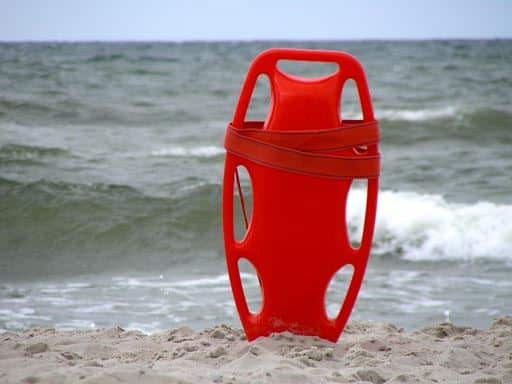 Black market sales and illegal parking were the worst summer ‘no-no’s’ in the Algarve this year, with unlicensed salespeople being Public Enemy No 1.
Maritime police commander Paulo Isabel has given the balance of the season’s ‘época balnear’ to Lusa news agency, suggesting beach authorities were run off their feet issuing fines and reprimands.
A total of 144 people were hauled over for selling unauthorised food, clothing and jewellery – with fines ranging from €25 to as much as €500, while 39 people (a minute fraction of the summer’s millions of visitors) were fined for illegal parking, mostly on sand dunes.
The authorities also cracked down on what they termed “lifeguards not exercising their functions”. Thirty-three ‘Baywatch boys’ were thus fined or castigated.
Meantime, 23 fishermen were found to be casting their rods in unauthorised areas, while two dog owners were in hot water for walking their pets on the beach.
In what sounds like an exemplary summer, only one beachgoer was flagged for improper behaviour, although Paulo Isabel did not go into the nitty gritty of detail.
As to the ongoing problem of holidaymakers setting up camp under unstable cliffs, the officer told Lusa that the erection of warning signs does seem to have reversed this dangerous tendency.
The Algarve’s beach season is now officially at an end. Even though the summer weather made a welcome comeback last week, there are now no lifeguards exercising their functions anywhere along the coast.
Bottom line message: “Don’t swim out too far!”