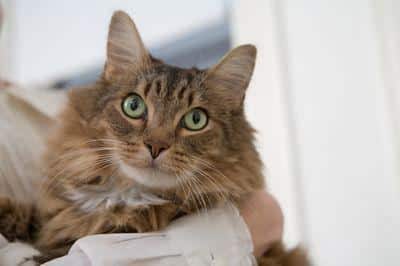 There are many people who are allergic to pets, cats and dogs in particular. They, the animals, know this and deliberately harass those suffering from such a condition. I have a similar relationship with certain people, dentists, traffic policemen, loud drunks and rude, obnoxious or over-inquisitive tourists to name but a few.

They gather around me, nay converge upon my person like gnats upon a bare light bulb illuminating a moonless night. They sneak up on me when I am least expecting it and before I can do anything about it, I am in that loathsome chair, dismounted feeling nauseous at the roadside or backed up against a filthy toilet wall or the tee-shirt stand barring the only escape route from a tacky souvenir shop.

Whereas I frequently encounter these problems hereabouts, they never seem to involve the Japanese. The inhabitants of the land of the rising sun apparently are only afforded the luxury of one week’s holiday a year and as a direct consequence appear to have an itinerary planned with military precision, at home and abroad, which sees them making fleeting appearances at notable landmarks all over Europe. Always in groups of at least 30, Trafalgar Square, the Eiffel Tower or Berlin’s Reichstag are subjected to momentary invasions culminating in a brightly illuminated bath of flashbulbs before a monstrous elongated vehicle heads for the next national border.

Returning to the opening gambit of my mental meanderings, you are probably already wondering how on earth I am going to make the connection between furry and Far Eastern ‘friendlies’, vastly different species that they are.

The answer lies in ‘Rent-a-Pet’, the latest craze in Japan where the strict work ethic allows precious little time or space for a cat or dog. The Japanese concept of ordering a Persian, Siamese or plain old moggy with your cappuccino (cream extra!), for example, spending a few minutes of quality time with a therapeutic pet before work, is a well established tradition.

The Cat Café Calico in Tokyo is one of a number of establishments that cater to those who want the benefits of a personal mooch but do not fancy the commitment, the heartache or the mess. Given stringent property rental rules, forbidding pets altogether in many cases, this is often the only way of filling a feline void in someone’s life.

It costs about eight euros an hour to hire a cat and there are many who regularly take advantage of this no-ties arrangement. There are more than 150 companies in Tokyo alone licensed to rent out cats, dogs, rabbits, ferrets and even beetles.

The booming niche market does not stop there however; human beings are beginning to gate-crash the menagerie. You can now hire anyone from a ‘father figure’ to help with your child’s homework to ‘relatives’ for a family function, paid mourners of the congregation at a loved one’s funeral or a pretend football coach – the possibility of adding dentists and other hitherto unwelcome professionals to that list immediately sprang to mind!

Starting with the ‘pet of convenience’ and finishing with the golf driving range on the roof of the office building, the Japanese obsession with working seems to have no boundaries in terms of coming up with far-fetched alternatives to spending time outside the company or at home.

Although family values are said to be in decline in our part of the world, they still seem somewhat saner than the oriental alternative.

Pets play a very large and important role in our lives, each one very special to us yet no more unique than a million others equally special to someone else. Cats in particular exude an extraordinary air of independence while simultaneously giving so much to their ‘owners’. My Bobo, a sweet but very pig-headed Tabby, is still fighting the permanent presence of an adopted sibling who joined our household more than six months ago. When she and I moved to our present apartment, she carefully inspected the entire premises before letting me know which particular places would be hers. The docile territorial encroachment of her younger sister Nina – be it the bed, bathtub, computer chair, washing basket or wardrobe – is now a constant source of irritation (and our amusement), especially as the streetwise intruder knows only too well how to ingratiate herself with her new ‘mummy’ and ‘daddy’.

The Queen has her corgis, the Obamas wouldn’t think about moving into the White House without a Portuguese Waterdog and Downing Street has always had some sort of tabby or other – I have Bobo, officially “Miss Bojangles” and Nina, to keep me sane, my sister Cookie the ‘Disney’ dog, my mother Lisa and Pubie, the lucky dustbin escapee, the list is endless. A family isn’t something we choose or hire on a part-time basis, it’s usually something thrust upon us, like it or sometimes not, but Bobo and all other pets provide something special.

They give us an opportunity to make our families larger, to discover that including others in our lives can make us stronger and more fulfilled human beings. They make our world a better place.

Skip Bandele can be contacted by emailing features@algarveresident.com