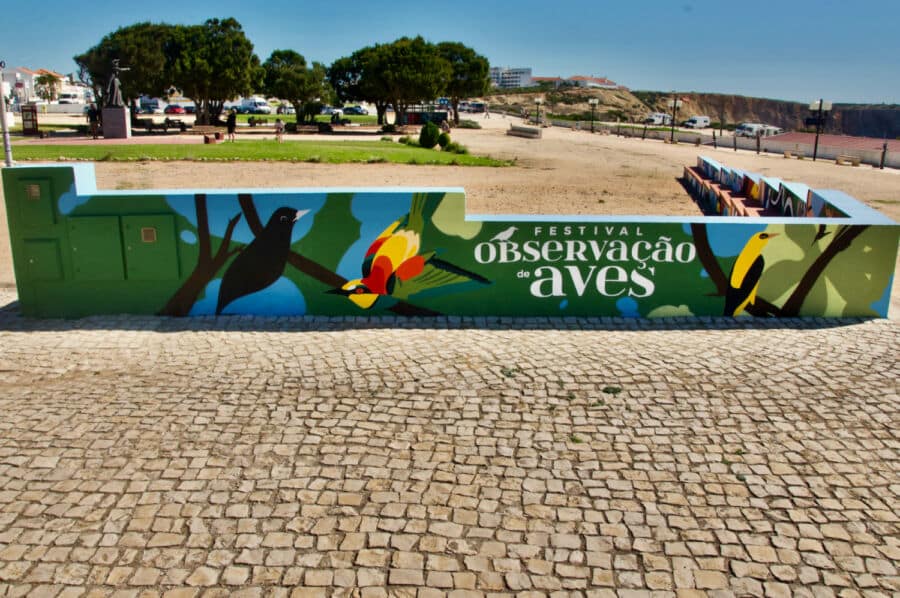 Dedicated to the Bird Watching Festival, the new artistic mural in Sagres draws attention to the importance of the local avifauna.

An artistic mural has been inaugurated in the Jardim do Infante, in Sagres, as part of an initiative by the Vila do Bispo City Council in partnership with the Avonde – Cultural Association. The colourful artwork has come to mark the Bird Watching & Nature Activities Festival and to draw attention to the importance of local birdlife and the county’s natural heritage.

Called “Pássaros do Sul” (Birds of the South), the mural is a work by local visual artists Maria Nekh and Malte Oberquelle. “Our objective for this mural was to create a celebratory piece for the Bird Watching Festival that would bring some colour and joy to the Garden of Sagres”, said the artists. “While doing our research, we were amazed at the number of types of birds and the variety of shapes and colours that can be observed in this region”. 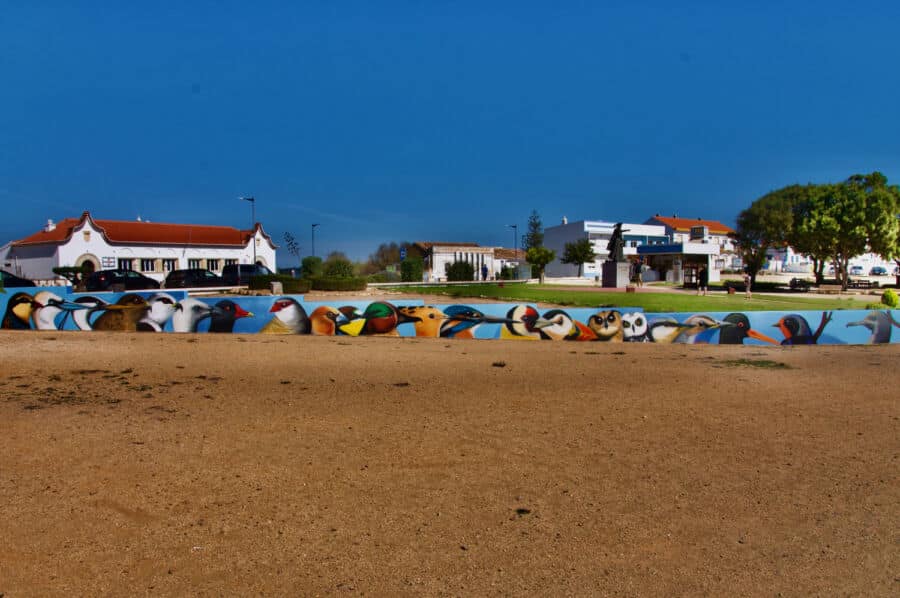 In this sense, “we were immediately interested and motivated [to create a piece] that would make those who saw the mural feel the same way», they explained.

Based on this assumption, “we started by discussing what would be the best way to translate this graphically. It became clear that we would have several birds, very diverse and colourful. We wanted to create something that could be understood from afar and up close», explain the artists.

That is why the authors chose, on the one hand, to make profile portraits of birds. These appear to be in a row and interact with each other. And on the other hand, birds of different sizes, some so large that only a small part of their body can be seen, mixed with patches of colour that are their surroundings”.