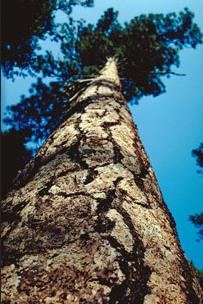 A BIOMASS PLANT capable of producing 14.6 megawatts of power, enough to supply 100,000 people, is to be built in the Monchique district.

The project, which represents an investment of 75 million euros and is expected to be online within two years, is being developed through Bioeléctrica, a company owned by EDP, the national electricity company, and ALTRI, the biggest Portuguese company in cellulose and paper pulp production.

Bioeléctrica representatives have been negotiating with Monchique Câmara for the last years to agree the best location of the plant, but the technical, engineering and architectural studies are already underway at Bioeléctrica’s planning departments.

The plant’s most probable location will be near Alcanforado, in Foz de Besteiros, a village on the north side of Monchique near Odemira, in Alentejo.

A spokesman from Monchique Câmara told the The Resident that this project is not included in the national public tender for the construction of biomass plants in Portugal.

This plan was launched in 2006 in order to increase Portugal’s production of green energy by 2012 and is expected to accelerate during 2008.

According to the same source, the plan includes another biomass plant for the region but its location is still unknown.

The PIN classification is a legal procedure that offers priority in the licensing and other formalities of projects that are considered as strategic for the Portuguese economy.

The new eco-friendly plant in Monchique is expected to employ 20 people directly and another 150 people through the collecting of the forest’s residues.

It will use all types of forest residues, such as bushes, tree bark, leaf and boughs, beets, cereals and also animal gas. The market price for each tonne of residues ranges from 25 to 30 euros.

In a biomass plant, the energy is produced through a combustion process that results from the burning of the natural residues.

Although this procedure also releases carbon monoxide into the atmosphere, the impact is not considered as critical as the CO2 has already been absorbed by the plants that are used as combustive material in the biomass plant.

For more information about the European Union policy on the Biomass sector, visit http://ec.europa.eu/energy/res/sectors/bioenergy_en.htm