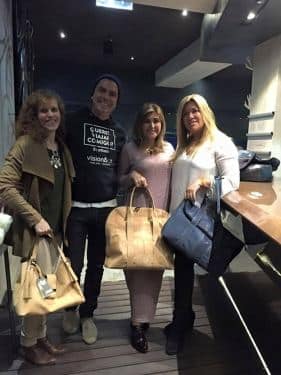 We were recently contacted by reader Sonja Stepniewski, who found newborn puppies dumped in a lixo bin close to her home in Algoz. Here she describes how the disturbing experience has led her to want to raise awareness of this condemnable behaviour of disposing of unwanted animals.

My family and I have lived in the Algarve for well over a decade but I am becoming increasingly disturbed with the way that some Algarve residents dispose of their unwanted pets by dumping them in rubbish bins!

So much so that I contacted the Algarve Resident, who kindly offered to publish my story.

I am sure that I am not alone in thinking that this is a despicable thing to do and the culprits of these actions should be punished and taught a lesson that this behaviour is not acceptable in today’s society.

My story began three years ago when my husband stopped at the local lixo in Algoz to dispose of our genuine household rubbish.

He returned with a very young, frightened kitten which had been dumped in a box in the bin. On returning to the bin to check that there were no more kittens, he found one more at the bottom.

One day later, I passed the lixo again and saw people looking at the side of the bin with a bowl of milk in their hand.

I stopped and found another three kittens from the same litter. I now had five kittens of about five days old and to be honest was not sure what was the best thing to do for them.

I do know that I was disgusted that some unkind and thoughtless person had thought it humane to dump these kittens in the bin.

We unfortunately lost two of the kittens as they were just too weak to survive. We hand reared the remaining three kittens which grew into wonderful pet cats.

Luckily, thanks to the help of friends, we managed to re-home two of them and kept one for ourselves as we had grown very attached to them.

The outcome in this situation was the best we could have hoped for. This is not always the case when the poor animals are left to die, lonely in the bottom of a bin!

One Sunday afternoon in March of this year, I again went to the same bin with my rubbish where I heard the pitiful cries of newborn puppies.

I had to literally dig them out of the bin. They were in a plastic bag with some old clothes and they had obviously been thrown in the bin so hard that two of them were already dead.

The remaining six were probably only one day old and still had their umbilical cords attached.

Again, I wanted to do what was best for them and called our vet to see what was the best thing to do.

She told me that, as they were so young, there really was not much hope for them surviving and if I could keep them alive until the next morning she would put them to sleep the next morning.

Fate sometimes plays a part in these situations and I was unable to take them to the vets first thing on the Monday morning as my little boy was poorly.

Having started to get attached to these helpless puppies, I was loathe to take them to the vets in the afternoon but was assured that this really was the best thing to do.

At the vets, I met a kind lady who offered to call a friend of hers who may be willing to take them on and do her best to raise them.

This wonderful lady did take the puppies and between us we funded the milk that they needed to stand a chance of survival.

Unfortunately, two were just too weak to survive but six weeks later, we have four healthy, beautiful puppies thanks to the commitment of this lady and friend of hers who is now taking care of two of the puppies.

Hand rearing puppies of this age is a mammoth task and they have done such a wonderful job – thank you so much!

I am not sure what I can do alone about this ongoing and unacceptable “dumping act” but maybe if we join together with any ideas and suggestions as to how we can educate people that this should not be an option in the disposal of unwanted pets we can make a small difference.

There are many organisations available to help with the cost of spaying and neutering animals and there are other options available when your pet is in season.

For some good, honest advise I would recommend that you contact Clínica Veterinária do Páteo on 289 586264 or email cvpateo@hotmail.com and they will be happy to advise you.

We now desperately need loving homes for these four puppies who have beaten the odds of survival and deserve the love and attention of a family home forever. Please help!

Editor’s note: The Algarve Resident regularly receives requests for help from readers with rescue dogs and cats needing new homes. Unfortunately, we cannot help every case but do aim to highlight the problem of abandoned animals in the region. We will continue to report on cases of animal abuse and always welcome feedback from readers.