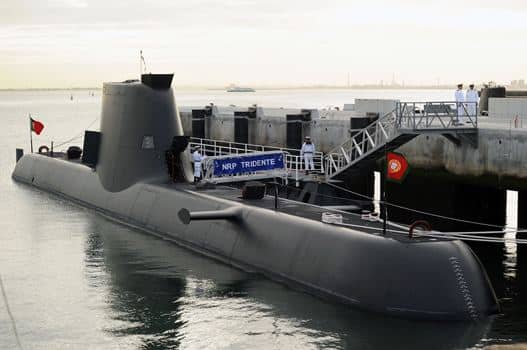 Adding insult to injury, the two submarines that Portugal purchased for a billion euros in 2004 and which led to high-level allegations of corruption – with convictions in Germany – are now costing €10 million simply to “service”.
Defence Minister Aguiar-Branco has authorised the expenses, saying the only shipyard capable of effecting the routine maintenance is that of ThyssenKrupp Marine Services – the ‘birthplace’ of the subs. Nonetheless, this latest round of government spending has to be checked first by the Tribunal de Contas (Court of Auditors).
As readers who have followed the whole submarine saga will be aware, contra-deals that were meant to have brought €600 million worth of investment into Portugal from Germany remain, 10 years on, unhonoured.
The million euro price tag for maintenance involves repair work to the Tridente, which has already taken place, and ‘routine servicing’ for the Arpão, costing €5.5 million plus IVA.