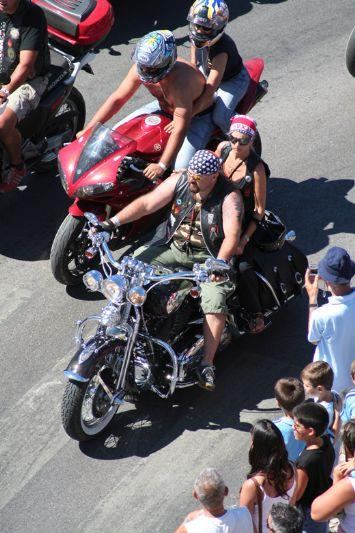 A total of 24,000 bikers from across the world descended on the Algarve at the weekend for the 28th International Motorbike Convention, the biggest of its kind in Europe, held in Vale das Lamas, Faro.

Prizes were given out on the final day of the convention, in which Portuguese biker Armando Dias, aged 82, won a prize for being the oldest biker at the event, while a Belarussian biker won a prize for the having travelled the furthest to take part.

During the four-day event, the Comando Territorial de Faro, the regional GNR brigade, involved 900 personnel in the event’s safety operation.

A total of 310 fines were issued to bikers throughout the convention, the majority for illegal number plates and faulty lights.

Four fines were issued for possession of cannabis and 24 bikers were detained for drink driving, driving without a license and disobedience.

For more information about this annual event, please visit the website, available in English, at www.motoclubefaro.pt.