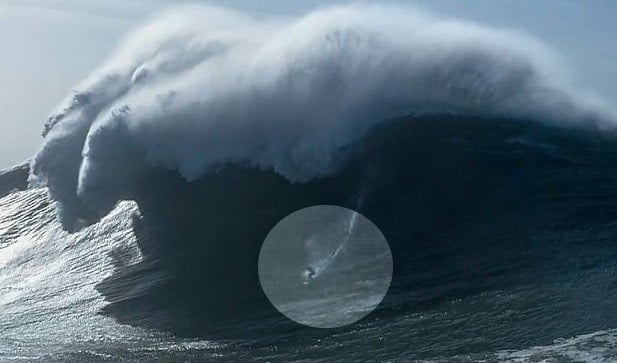 Nazaré ports authorities have today pulled the plugs on big wave surfing due to crowds of onlookers that they say “constitute a serious public health risk”.

Explain reports, ‘any kind of surfing activity’ was prohibited at Praia do Norte – the beach that intrepid surfers from around the world head to at this time of year due to the massive waves that can roll in.

He told Lusa that “borough Civil Protection Services asked health authorities about the need for a contingency plan” bearing in mind Monday saw the opening of the ‘holding period’ for Nazaré Tow Surfing Challenge, an event linked to World Surf League, which extends to March 31 2021.

SIC television news says the council meantime has asked for an urgent meeting with DGS health officials in order to get the prohibition lifted.

Town mayor Walter Chicharro stressed his council already has a plan that envisages up to 2,500 people able to watch events, spread over “a gigantic area between the lighthouse and shore of Praia do Norte” – with controlled access points where their numbers can be counted.

The council is also planning “live transmission of activities in the water so that people can watch without having to travel to the spot”, he said.

Bearing in mind the investment the town council – and indeed Portugal – has made to  promote Nazaré globally, Chicharro is hoping today’s ban will be short-lived.