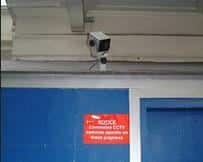 DIMINISHING CRIME in the Algarve is the objective of Faro’s Civil Governor António Pina, who has recently announced a project that aims to introduce, from May of this year, video surveillance systems (CCTV) throughout the region, in a bid to further reduce crime.

“With the evolution of criminal practises, we must find solutions to prevent and detect crime by utilising the latest technology available,” explained Pina. On January 10, he met with representatives from the Comissão de Coordenação e Desenvolvimento Regional do Algarve, the Junta Metropolitana do Algarve, the Associação de Comerciantes da Região do Algarve, the Algarve Tourism Board and Globalgarve, to evaluate the project. Pina is still to meet with district commanders of the PSP, the GNR and the president of the Comissão Nacional de Protecção de Dados, the national commission of data protection, who must approve the project before it can go to the Ministry of Internal Affairs.

The project has already received strong backing from security forces and Jorge Cabrita, commander of Faro police, recognises the importance of the location of each camera.

“Today, video surveillance is an essential element for defending the public and preventing crime,” said Rui Pereira, president of the Observatório de Segurança, Crime Organizado e Terrorismo, the observatory for security, organised crime and terrorism. “However, there must be boundaries for the use of cameras. The public have a right for intimacy and privacy,” he added. “Surveillance is not allowed in people’s homes, but is legitimate for public places or open localities.” According to Portuguese legislation, the public must be informed of wherever there is a camera.

Gang leader ‘Pecas’, who was behind the assassination of the Lagos police chief, Sérgio Martins, was identified thanks to a CCTV camera installed in a Galp petrol station in Pêra, Silves, where he and other members of the gang stole a Multibanco cash machine.

After the arrests at Carcavelos beach, Cascais, on June 10, 2005, the PSP installed cameras in the area – these transmitted live images of the beach and pier to police headquarters.

From January to November 2005, security forces in the Algarve registered a 10.6 per cent reduction in crime in relation to the same period in 2004.