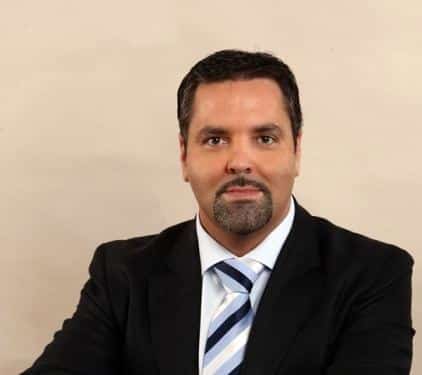 Bifana Challenge  ||  A local institution versus a global phenomenon

I will admit to being more than a little bit biased here. I have never been a fan of American-style fast food in any form and have always considered McDonald’s, from a purely gastronomic point view, to be the lowest of the low. But that said, I have on some occasions found sustenance there, at airports for instance, where alternative food offerings are often even less appealing.

So it was that I noticed the recent introduction of Portugal’s national sandwich, the bifana, at McDonald’s outlets here in Portugal.

Now, where I live in Lagoa, we are blessed with the presence of a small “hole-in-the-wall” establishment that serves very possibly the best bifanas in the world.

João das Bifanas, adjoining the municipal market in the centre of town, is nothing short of a local institution. Bifanas have been served here for as long as I can remember from the pans filled with Sr. João’s secret sauce, in which thin slices of pork meat simmer gently for hours until mouth-wateringly tender.

The air is filled with the aromas of garlic, bay-leaf and the cooking meat, which is fished from the pan and served very simply in fresh papo-seco (bread bun), then garnished to taste with mustard and Sr. João’s own piri-piri. The cost is just €1.50 and the service faster than any so-called fast food establishment.

Last week I decided to make a direct comparison and see for myself just how bad the ‘McDs’ bifana could be. João das Bifanas was my first stop and I drove on to Portimão licking my lips and was still enjoying the zing of his piri-piri and the meaty garlic-ness of my real bifana when the offending item was handed to me at the McDonald’s drive-through counter.

They got off to a bad start – €2.25 compared to Sr. João’s €1.50 seemed a little excessive but even worse was the fact that there was no piri-piri available.

Well, a bifana without piri-piri is akin, in my book at least, to a roast dinner without gravy. But I need not have worried as what I was served tasted nothing even remotely like a real bifana.

As I bit into the sorry-looking patties of processed meat covered in what appeared to be a mustard flavoured mayonnaise, I wondered if the ‘McDs’ food researchers had ever even tried the real thing.

I will give credit where it is due and that goes to the appearance of the bread, which actually manages to look like a real crusty bun. But much like their burger buns, the texture is intentionally light with little or no “chew” to be had.

I found the texture and flavour to be quite repulsive and did not even manage to swallow the one bite I took before hurling the lot into the car-park bin.