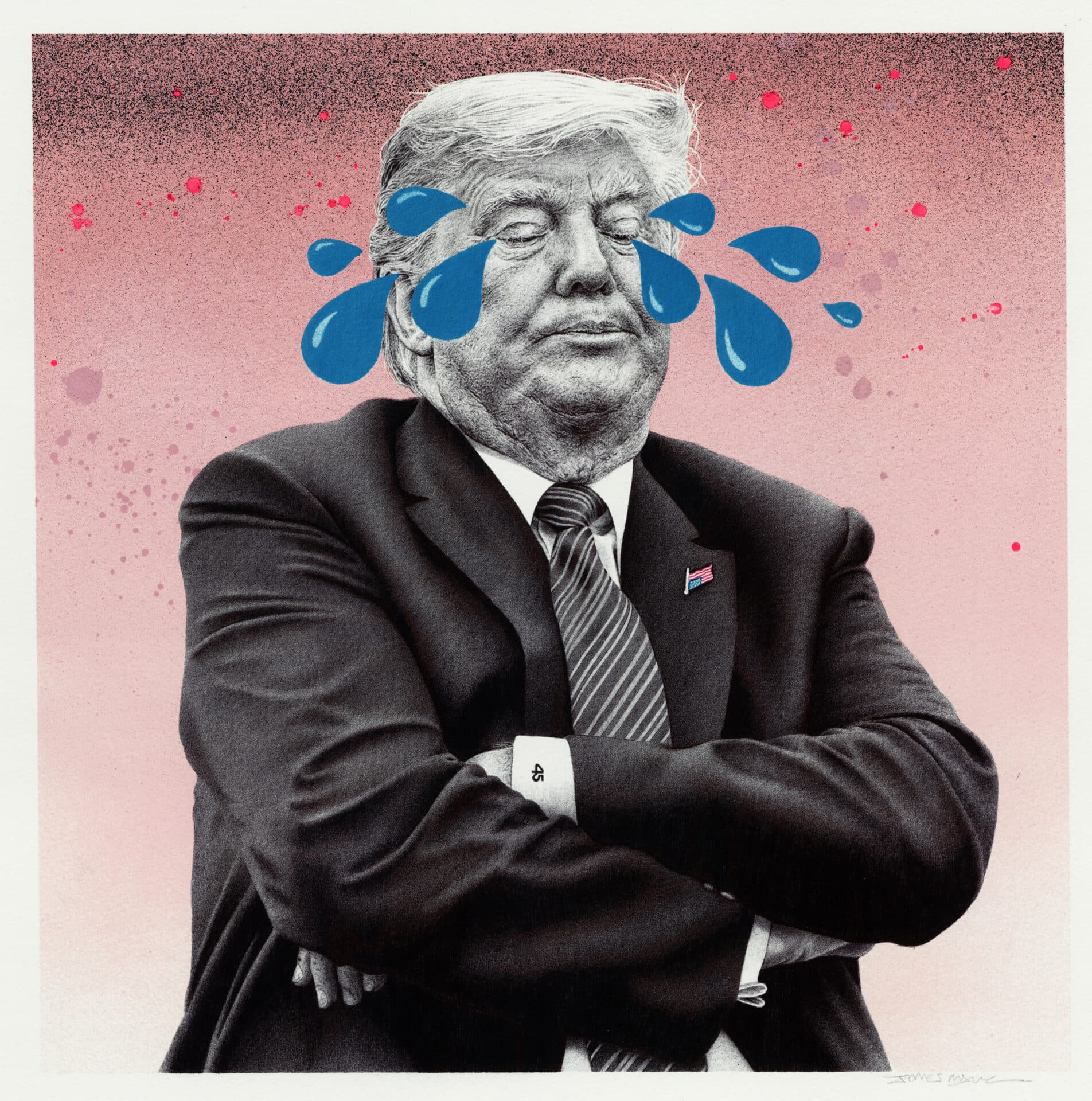 James Mylne’s early artistic talents meant that he secured a place on a foundation course at Chelsea Art College in 2002 and then proceed to obtain his BA from the prestigious Camberwell College of Art. At that time in London, the Young British Artists movement was all the rage. Artists like Emin, Hirst and Lucas were grabbing headlines with their conceptual and at times shocking artwork. The art was sensational and fuelled by the marketing know-how of an adman – Charles Saatchi.

At college, James’ tutors were rather dismissive of his dedication to drawing in ballpoint, considered to be a common utility pen rather than a serious artistic medium. But he pushed back. Stubbornly refusing to buy into the narrative of what is and what isn’t fine art, James had mastered his own unique technique, creating realistic imagery in a mediative manner using only a black biro. He continued his practice and did a MA in digital art, back when the internet and the associated technology were still in their infancy.

But for James, a digital stylus was no replacement for the marks made on paper, and he developed his oeuvre subverting and reimagining icons in a provocative way, depicting legendary figures, at times portrayed in a fetishist way.

His work includes Audrey Hepburn with a gag ball in her mouth or putting her middle finger up swearing, and images of Steve McQueen, posing with a handgun or wearing his racing jacket, his thumbs and fingers up around his eyes creating a cinematic view.

Other personalities featured are often those who were taken too soon: The Notorious B.I.G, Jean-Michel Basquiat (complete with his signature crown tag) and Kurt Cobain are all rendered in a deferential way. The latter is depicted as a modern-day saint in a state of religious ecstasy. The digital drawing of a frame in the background is loaded with a mix of Eastern and Christian motifs. At the top of the ornate frame, cherubs surround an image of Buddha. The title of the piece, Slouching Towards Nirvana, of course points to the classic Grunge band’s name but also to the ideal Buddhist state, the cessation of desire and the end of suffering, something Cobain longed for. The title also references The Second Coming, a poem by W.B. Yeats which contains the line “Slouches towards Bethlehem to be born”.

Political figures are also the subject of James’ anarchic approach to artmaking. His depiction of Boris Johnson as the Joker from Batman was an instant hit and went viral, even being used for protest posters. Other pieces that were shown in an exhibition entitled ‘A Decade of Shady Business’ include a powerful image of a demonic Bolsonaro with smoke and fire billowing out from his eyes as he is confronted by a host of reporters’ microphones. Other targets include Donald Trump in a piece called Crying Shame, which has the American flag bleeding out of his eyes.

James Mylne’s artwork may challenge the sensibilities of some, as he is a self-confessed provocateur. He fuses together Pop Culture iconography with an Urban Art attitude. His images range from being subversive and edgy to devotional. His mastery of the ballpoint is undeniable, a painstaking technique that he has made his own. It is no surprise that numerous celebrities have collected his work and that he has collaborated with the famous icon photographer Terry O’Neill. GQ magazine acknowledges this divisive nature stating that “James Mylne’s photorealist images confound and confuse the public and the art establishment”, as he produces ballpoint artwork that is both audacious and ballsy.

The work of James Mylne is on display at ArtCatto gallery, in Loulé, until November. 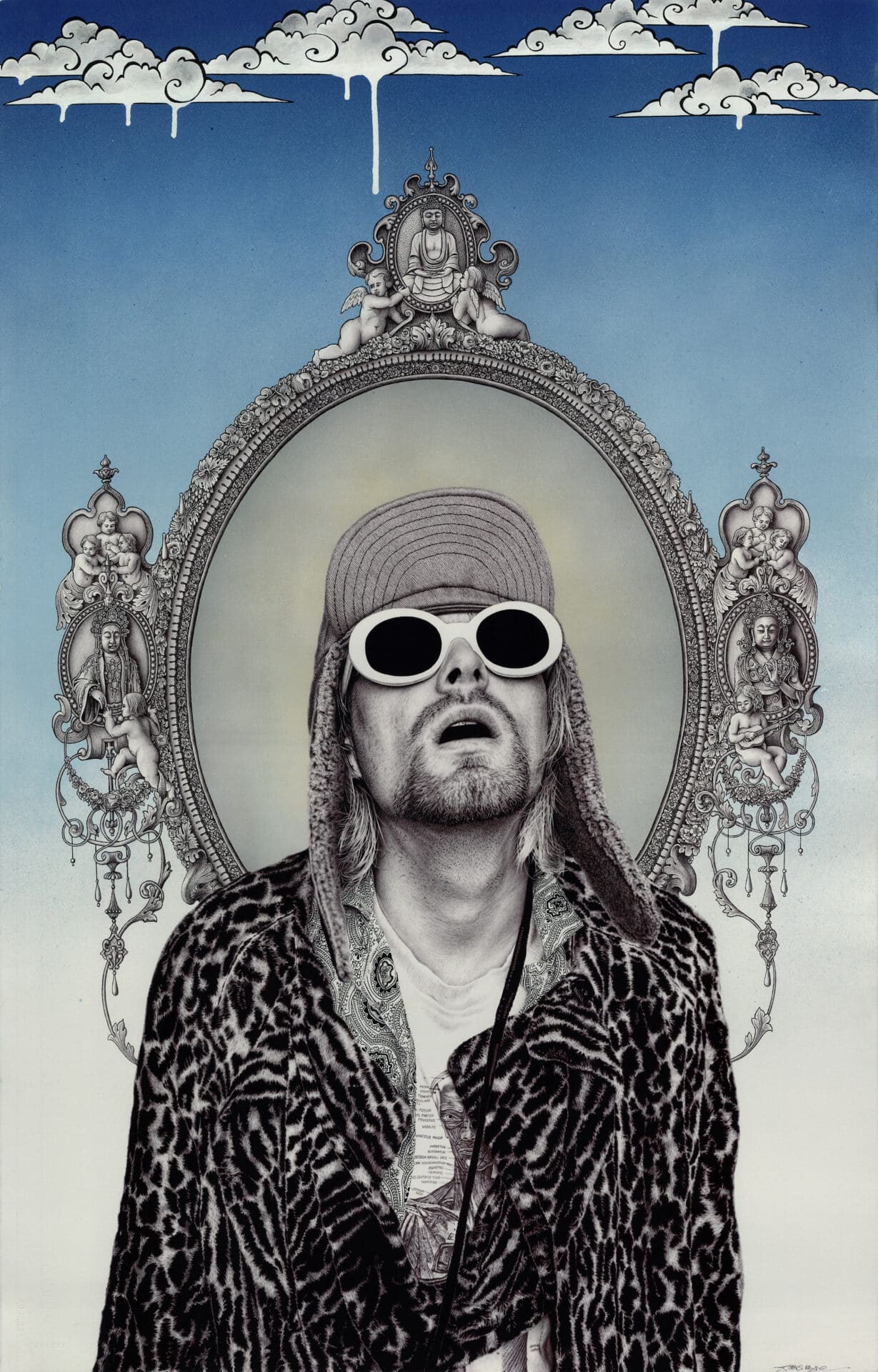 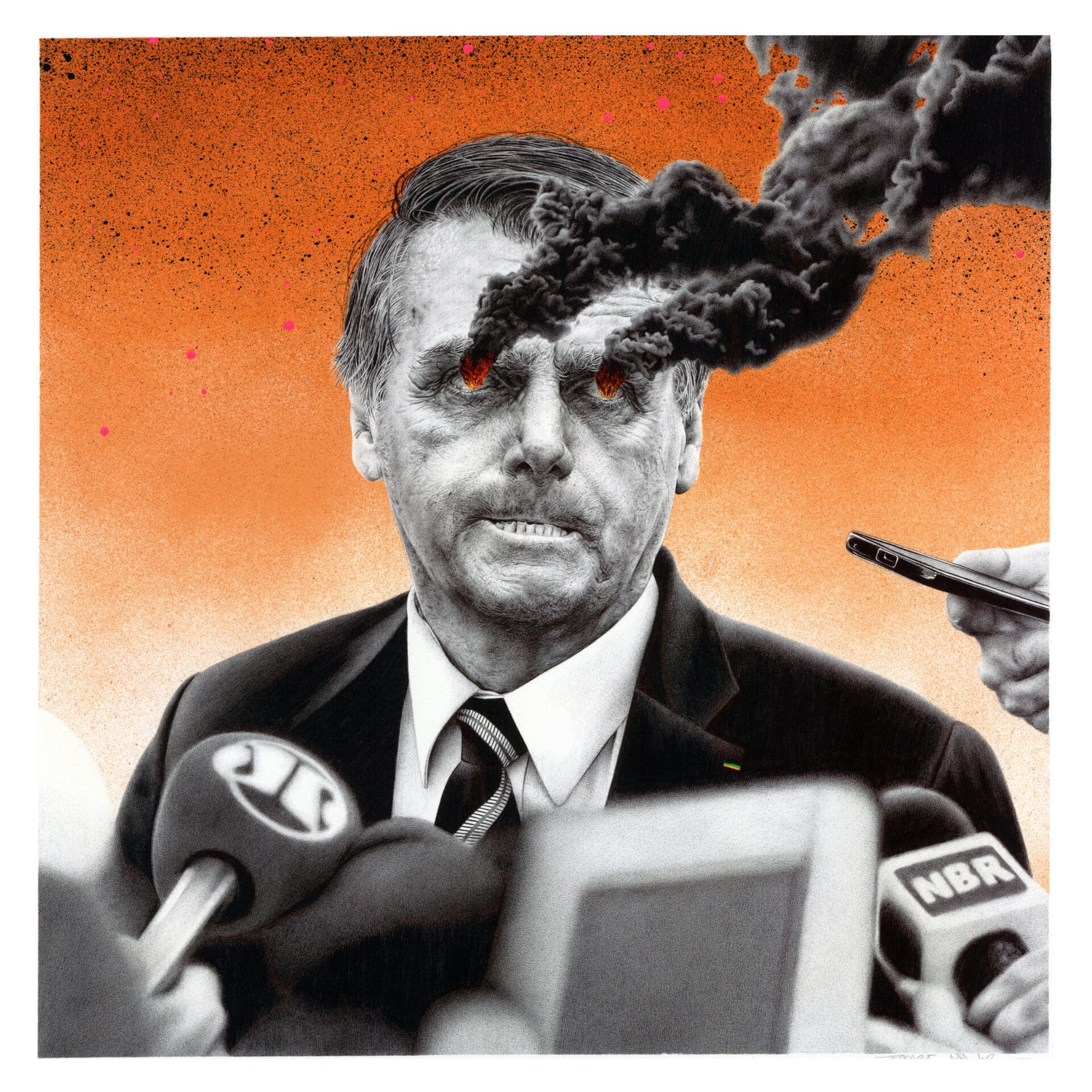 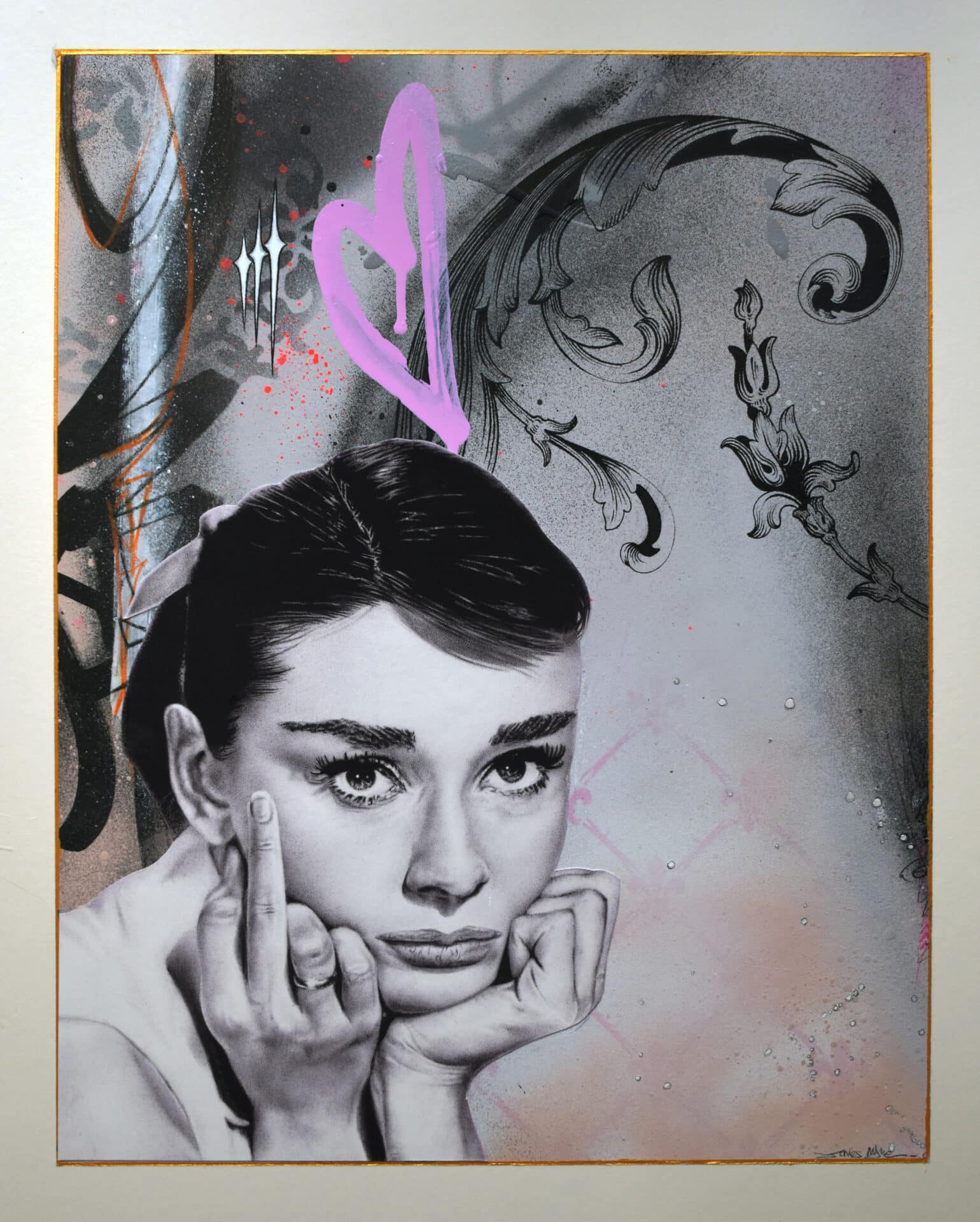