City branding company Bloom Consulting has released its 2022 of all the nation’s boroughs – from best to worst – considering their performance in the categories of business, tourism and quality of life.

Four Algarve boroughs – Faro (11th), Portimão (13th), Albufeira (22nd) and Loulé (30th) – are among the national top-30, which is led as usual by Lisbon and Porto, followed by Cascais, Braga and Coimbra. Vila Nova de Gaia, Sintra, Funchal, Setúbal and Aveiro round off the top-10.

Taking only the Algarve into account, Faro retained the top spot being named the best municipality for business and living.

Portimão – which achieved its best result ever in the national ranking by placing 13th – remains second in the regional list, having finished second in all three categories.

The best municipality in the Algarve for tourism is Albufeira, which secured the third overall spot yet again. 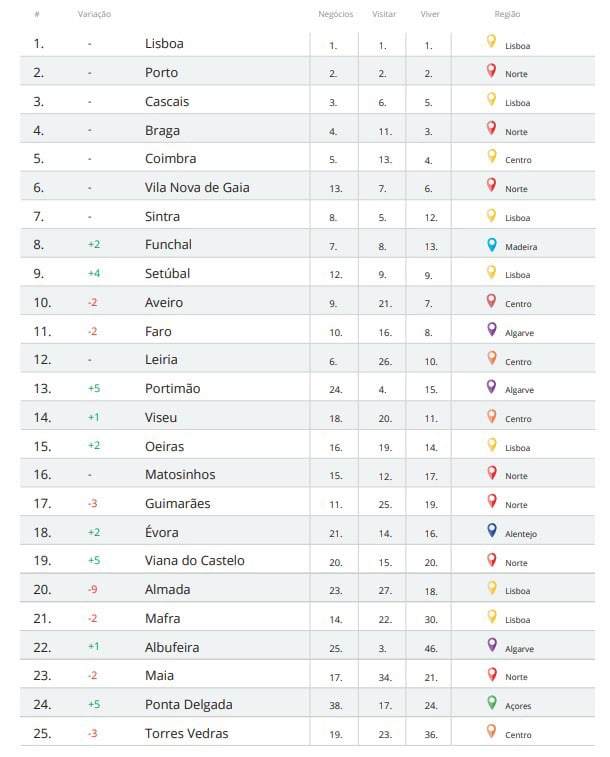 Castro Marim climbed two spots from last year’s ranking to place 11th, ahead of Lagoa which fell one spot to 12th. São Brás de Alportel also improved from 15th to 13th, with the ‘bottom three’ being comprised of Monchique, Vila do Bispo and Alcoutim.

The full rankings can be found online.
By Michael Bruxo
michael.bruxo@algarveresident.com