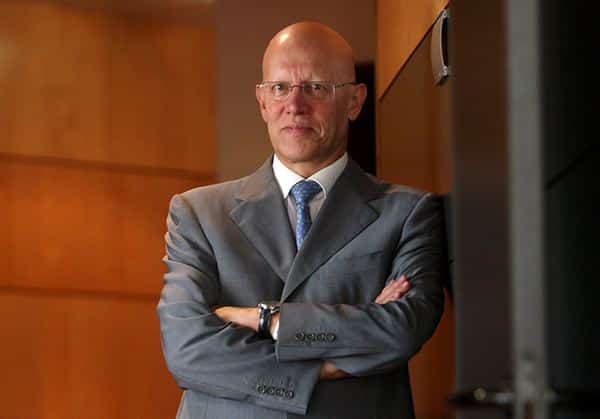 As the shockwaves of the BES banking collapse reverberate through Portugal, consumers’ champion DECO has revealed that it is considering court action over the “more than 800 calls for help from small investors” who have their money caught up in BES’ bad bank.
Far from the Bank of Portugal’s ‘solution’ not impacting on Joe Public, it has become increasingly clear that shareholders can be normal everyday people – not just relatives and cronies of the beleaguered Espírito Santo banking family.
Meantime, new horrors have emerged. Securities regulators CMVM are now following up claims publicised earlier this week in the Wall Street Journal pointing to insider trading on BES shares days before the bank collapsed.
According to WSJ, certain hedge funds benefitted to the tune of 27 million dollars.
Diário de Notícias now reports this may have been possibly because a vital ruling from the Bank of Portugal – suspending trading on BES’ shares – did not filter through in time.
CMVM is reported to be investigating “the missing 28 hours”, when those in the know managed to make millions on the back of this labyrinthine banking scandal.
Elsewhere, the CEO and chairman of Portugal Telecom, Henrique Granadeiro, has finally resigned over the 900 million euro loan his board sanctioned to Grupo Espírito Santo subsidiary Rioforte.
Rioforte’s failure to repay the loan on time heavily damaged PT’s merger with Brazilian counterpart Oi – and though Granadeiro, a close friend of former BES boss Ricardo Espírito Santo Salgado, denies any wrong-doing, questions remain as to why he gave the green light to such an enormous loan.
As the investigations on all levels continue – not least into the many millions “lost” in Angola where BES Angola has reportedly said it “can’t remember who it lent 5.7 billion dollars to” – Vítor Bento, the new man in charge, has revealed another situation where normal everyday people will be affected.
Bento explained to SIC TV yesterday that he will come clean in November on who in the newly-restructured Novo Banco will be losing their jobs, and what operations will be up for sale.
The restructuring plan that he says he sees as his “duty to the country” is aimed at selling Novo Banco on in two years’ time, in order to recoup the 4.9 billion euros worth of troika-backed loan money that has gone into shoring it up.
One of the major challenges Bento has, he explained, is recovering the 10 billion dollars worth of business that fled to other banks as the enormity of the scandal started to become clear.
According to Portuguese newspapers, on Monday August 4 alone as many as 200 million euros worth of customer accounts moved from Novo Banco, even though regulators and the government were all assuring people that all was well.
Another exercise in public reassurance was attempted in parliament on Thursday, with both Finance Minister Maria Luís Albuquerque and the governor of the Bank of Portugal Carlos Costa affirming that the 4.9 billion bailout was the best solution possible.
Opposition politicians however were having none of it, with the PCP communists calling for guarantees that the situation would not affect “once again” Portugal’s taxpayers.
Said João Oliveira (PCP): “You say there are no risks. Who evaluated this risk?” According to Diário de Notícias, “the minister did not reply”.
Caption: Vitor Bento, the man in charge of Novo Banco, BES’ “good bank”