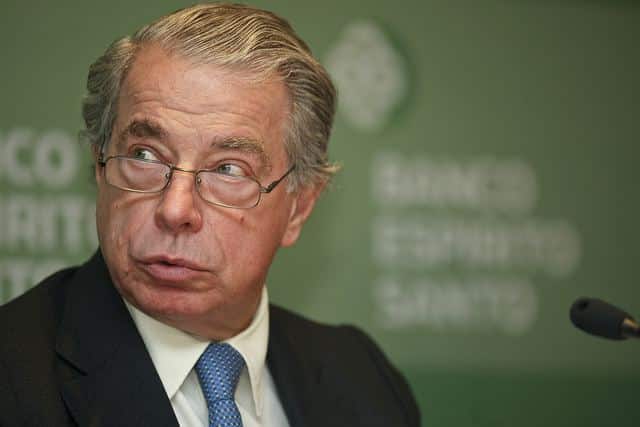 In a remarkable performance, immaculate in dark business suit with lilac tie, former banking boss Ricardo Espírito Santo Silva Salgado addressed parliament today, with a reason for every accusation levelled against him. The man who is currently on €3 million bail – suspected of fraud, money-laundering, abuse of confidence and general mishandling of the financial affairs of the largest private banking empire in Portugal – said: “I was always a conscious professional, trying to do my best and know everything that was happening so that I could make decisions. Of course I made mistakes,” he added, but “at no time did anyone make use of a penny” from any part of the Espírito Santo banking empire.
The multi-million euro collapse that affected institutions throughout Europe and beyond was engineered, he told MPs in his hour-and-a-half address. BES, the bank “was forced to disappear” by a Bank of Portugal and government that both refused to step in to help.
It was an extraordinary delivery complete with a Chinese proverb and the kind of Latin pride that may not fool anyone but which goes down well all the same.
“I tried always to protect the unity of the group and the family,” he said. “The name can be taken down from the façade of a bank,” he paused to look up from his crib-sheet. “But the history of a family that served Portugal for 145 years cannot be removed.”
The banking mogul known as DDT (for Dono Disto Tudo, the Portuguese for “the boss of all this”) pointed the finger at no-one, reported SIC TV news, but denied any wrong-doing or misappropriation of funds. He did however take the opportunity to speak out against the trial by media that he has endured since being taken in for questioning as the BES scandal fell around his ears last summer.
As Salgado withdrew from his morning in the hotseat, he assured MPs that he would be perfectly willing to return to answer more questions if the need arose.