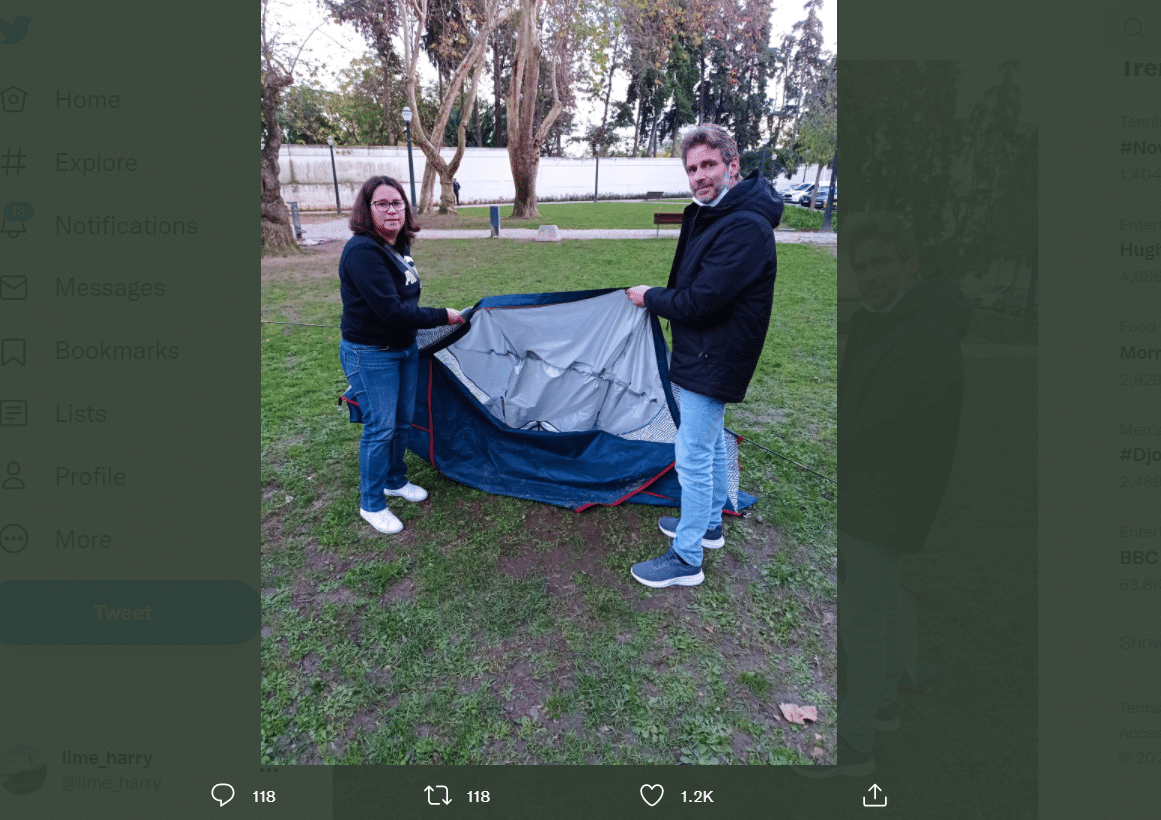 Determined berry farmer Luís Dias has called off his second hunger strike – this time outside the official residence of prime minister António Costa – after hearing the government will accept his terms.

“The government gave in and will send the case to the Ombudsman, as we have always asked. The Ombudsman has already agreed to arbitrate and will receive us next week”, he told Expresso as he prepared to pack up his tent and return home.

The solution is “exactly what we have been asking for a long time”, he explained, adding that the Ombudsman has “promised to be rapid in dealing with the issue”.

“I have no idea of the time scales, but I hope everything can be resolved so that we don’t lose this year’s production as well”, he said.

As reports have explained, Mr Dias’ problems all stem from the refusal by DRAP Centro, his regional agriculture and fisheries department, to release community funds to which both the Ombudsman and State body IGAMOT have insisted he is entitled (click here).

After months of dilly-dallying, he was finally granted a meeting with the Ministry of Agriculture, which bizarrely attempted to persuade him to reduce his farm by ¾ and thus receive only a quarter of the funding requested.

“It was the most surreal, insane, sick thing I have ever experienced”, he told Expresso shortly after leaving the meeting – thus his decision to try again with a hunger strike, this time during a pivotal election campaign (click here)

The plan worked. The tent pegs were only just taking hold when he was “received by a representative of the prime minister’s office” – and the long-fought-for solution was finally put in action.