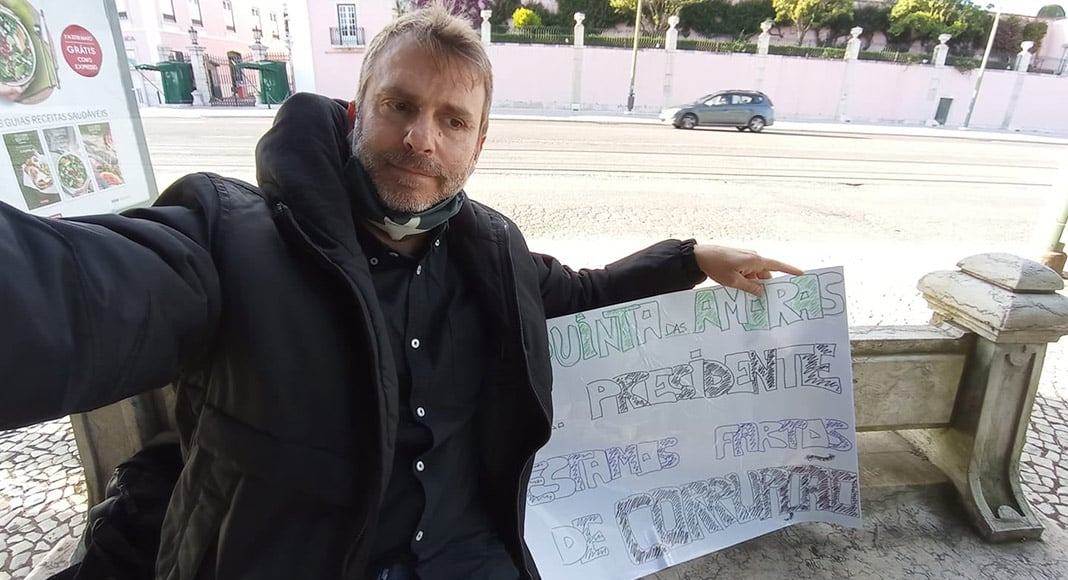 Sunday finally saw the end of a 28-day hunger strike staged by a financially-crippled berry farmer outside Portugal’s presidential palace in Belém, Lisbon.

Luís Dias, 48, decided to bring the protest to an end “for the sake of his health”, he announced on Twitter.

His mission was to expose what he calls corrupt practices in the granting of agriculture funding which has affected him directly (click here).

All of them express their support of his cause but urged him to end the hunger strike before it begins to seriously harm his health.

During his strike, Dias had to receive hospital assistance three times.

As Ana Gomes told reporters: “I have advised Luís to give up. I don’t want to see him damage his health any further. He has already had to go to hospital a few times. I don’t think anything can justify him putting his health at further risk.”

Shortly before making his announcement on Twitter, the farmer had already told reporters he was considering ending his demonstration.

The deciding factor, apart from his health, seems to have been the promise made by Ana Gomes that his plight would be brought to the attention of European authorities.

Dias’s story dates back to 2015 when he applied for funding from DRAP Centro (the State’s regional board of agriculture) to move forward with a berry farm in Quinta da Zebreira in Castelo Branco. His request was denied due to his lack of “bank guarantees”. Unsatisfied by the outcome, Dias took the matter to the European Court of Auditors, which decided in his favour.

However, his farm was destroyed by a storm in 2017 which forced him to request support from DRAP Centro. His request was once again denied, which he saw as him being victimised for daring to ‘blow the whistle’ on what he interprets as corrupt practices.

The farmer demands compensation, but the government has so far only committed to opening an inquiry, reports Lusa.