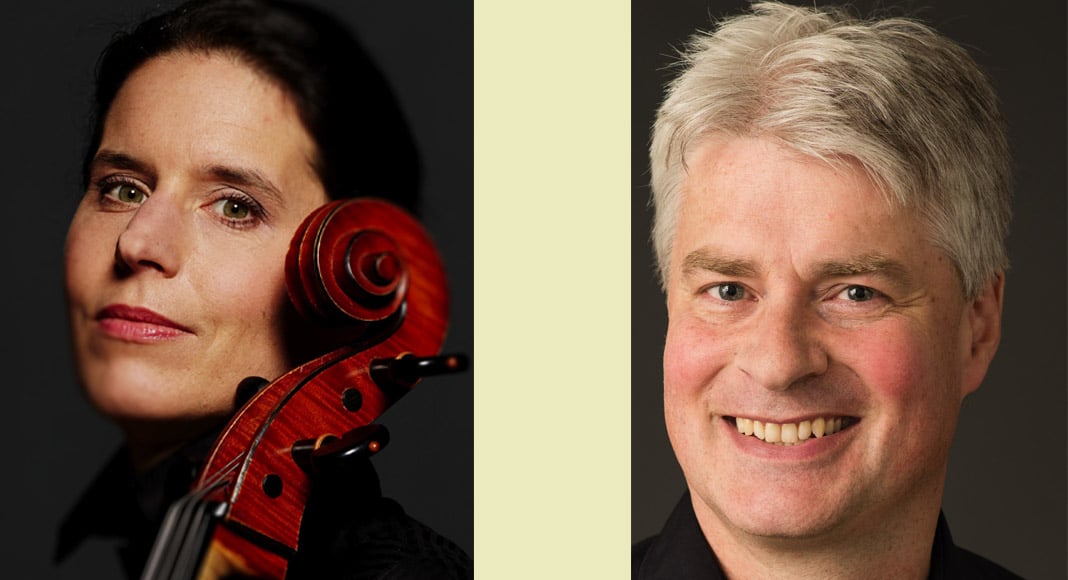 Berliners Holger Groschopp (piano) and Adele Bitter (cellist) will give two concerts in the Algarve in May at the Os Agostos Auditorium near Santa Bárbara de Nexe.

On Tuesday, May 24, Holger and Adele will play compositions by Beethoven, Granados and Boulnois. On Thursday, May 26, their concert features music by Bach, de Freitas Branco, Chopin and Franck.

Holger Groschopp pursued his piano studies in Berlin with George Sava, composition with Isang Yun and song interpretation with Dietrich Fischer-Diskau. His extensive solo career has taken him to most of Europe, the Middle and Far East and North and Central America. He has performed as a soloist at major European festivals and played chamber music with many prominent musicians. Holger is considered to be an expert in contemporary music. He has had a close collaboration with Claudio Abbado, Sir Simon Rattle, the Berlin Philharmonic and the Mahler Chamber Orchestra.

Adele Bitter absorbed vital musical influences as a child in her hometown of Berlin. She began playing the cello at an early age and she continued at the Frankfurt Conservatory. Adele’s training continued in the USA with Lee Fiser and the legendary LaSalle Quartet. Whilst still a student, she was a member of Daniel Barenboim’s Orchesterakademie in Berlin. Her first post was as the principal cellist in the Badische Staatskapelle in Karlsruhe. She went on to become assistant principal cellist with the Deutsches Symphonie-Orchester Berlin of which she remains a member whilst continuing as a soloist and chamber musician. Adele also performs baroque chamber music.

Entry donation is €30 per person for guests and non-members payable in advance by bank transfer (see website below).

More details of the times and concert programmes will be available on the Amigos’ website www.amigos-de-musica.org