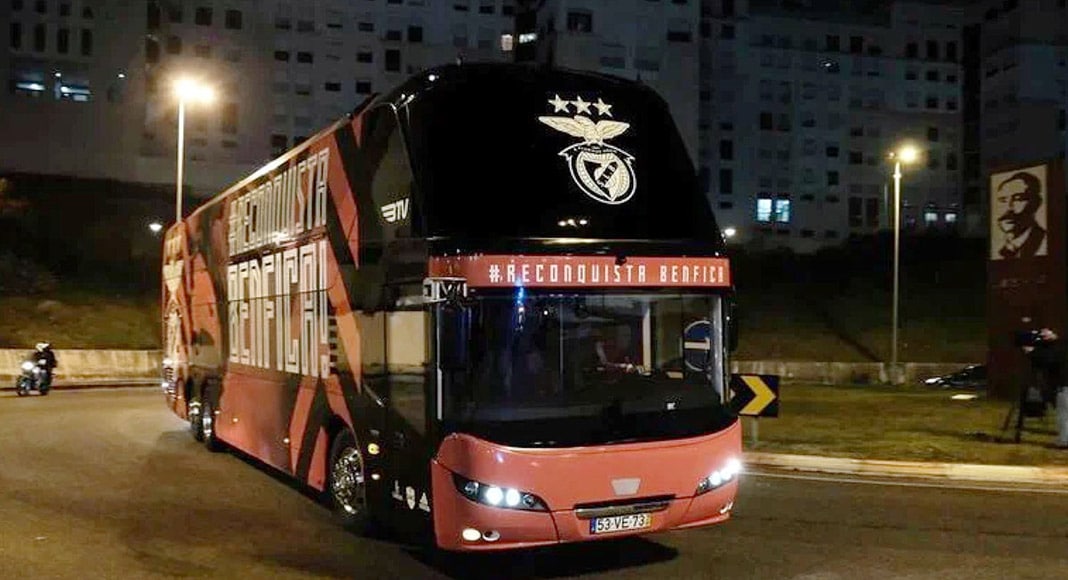 What should have been a celebration for the return of topflight football, albeit behind closed doors, was soured by the late night attack on the Benfica team bus.

The incident happened on a motorway between the club’s Estádio da Luz stadium and their Seixal training complex on the outskirts of Lisbon. The team were on their way back from their first Primeira Liga match in three months, which ended in a 0-0 draw with Tondela.

Objects, believed to have been stones dropped from an overhead bridge, smashed one of the windows on the bus. Serbian international winger Andrija Živković and German international midfielder Julian Weigl are reported to have been hit by shards of glass and were treated for their injuries back at the club’s training camp before being sent to hospital as a precaution.

“Benfica denounce and lament the criminal stoning of the team bus,” a club statement said. “We appeal to the authorities for the greatest effort to help us identify the delinquents responsible for these criminal acts.”

The Primeira Liga called the incident a “cowardly attack and it is absolutely unacceptable that events such as this continue to take place in society. It’s important to make clear that the perpetrators of these acts are not football fans, but criminals who will be held responsible.”

This is the second time Weigl has been the victim of an attack on a team bus. The 24-year-old was on board the Borussia Dortmund coach that was targeted by explosive devices before their Champions League quarter-final with Monaco in 2017.

The defending Portuguese champions missed the chance to move ahead of their title rivals FC Porto after a dull and disappointing stalemate. The game was played behind closed doors, but fans still gathered outside the gates of the stadium to support the team.

Benfica and Porto are level at the top of the table with 60 points each, both 14 points clear of third-placed SC Braga who lost 3-2 against Santa Clara (Azores) who are playing all their home games at the Cidade do Futebol in Lisbon. Porto were beaten 2-1 at Famalicão in their first game back. Benfica and Porto, battling for the league title, are joint top on 60 points with nine games to play.