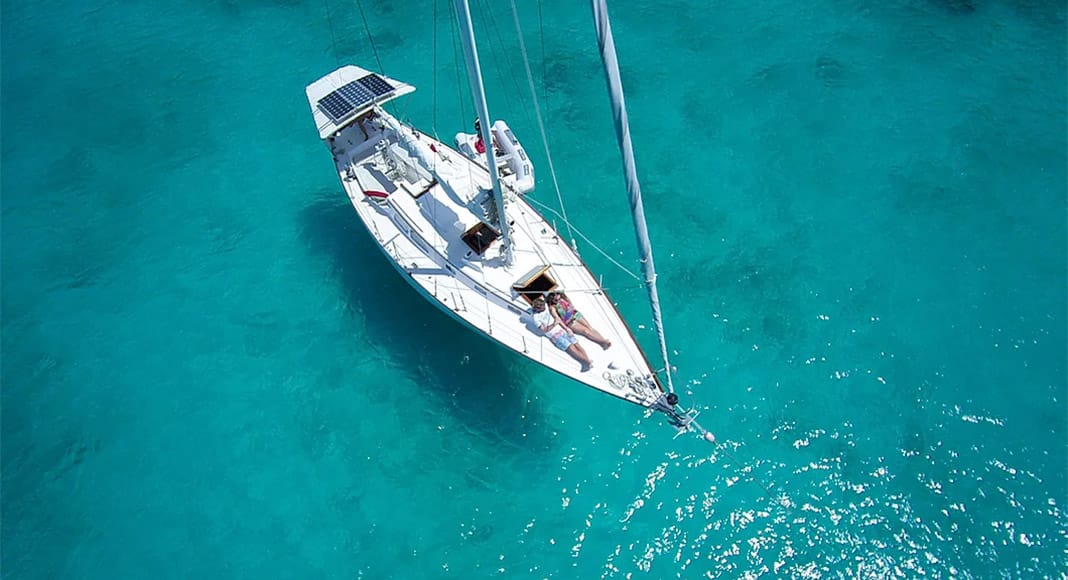 Two Belgian ‘yachties’ trapped in the small print of Portugal’s State of Emergency pandemic response have sent an open letter to the President of Portugal imploring him to free them – and around 30 others on boats in national waters – from an agonising state of the doldrums.

The quite desperate situation of yachtmaster instructor Veronique Claus and crew member Koen Lizen was highlighted in an article by Visão over the weekend.

The pair and three others were at sea when the country went into lockdown and had no idea what it meant till they tried docking in Lisbon.

Turned away by ports authorities, they were obliged to bob at anchor in the middle of the Tejo.

Eventually the three others were evacuated with the considerable help of their embassies, leaving Veronique and Koen to sit it out on the 15-metre Archi-Dome ‘with a view to die for, and nowhere to go’.

Explains Veronique, who in normal conditions operates courses from her base off the island of Culatra in Ria Formosa, the State of Emergency effectively treats yachts and pleasure boats in the same way as cruise liners: no-one is allowed off unless a Portuguese national.

But as she explains, yachts have minimal space for storing food and water, and especially when it comes to exercise.

There is one family ‘trapped on their boat’ in Portuguese waters with small children and a dog, she adds.

The tiny community is appealing for treatment ‘like everyone else during lockdown’. It wants to be able to leave their boats and buy supplies on land, and in case of bad weather, it hopes to be extended safe haven till the worst has passed.

The situation as it is right now has left two boats badly damaged in storms, says Veronique, and could be in conflict with International Maritime Law.