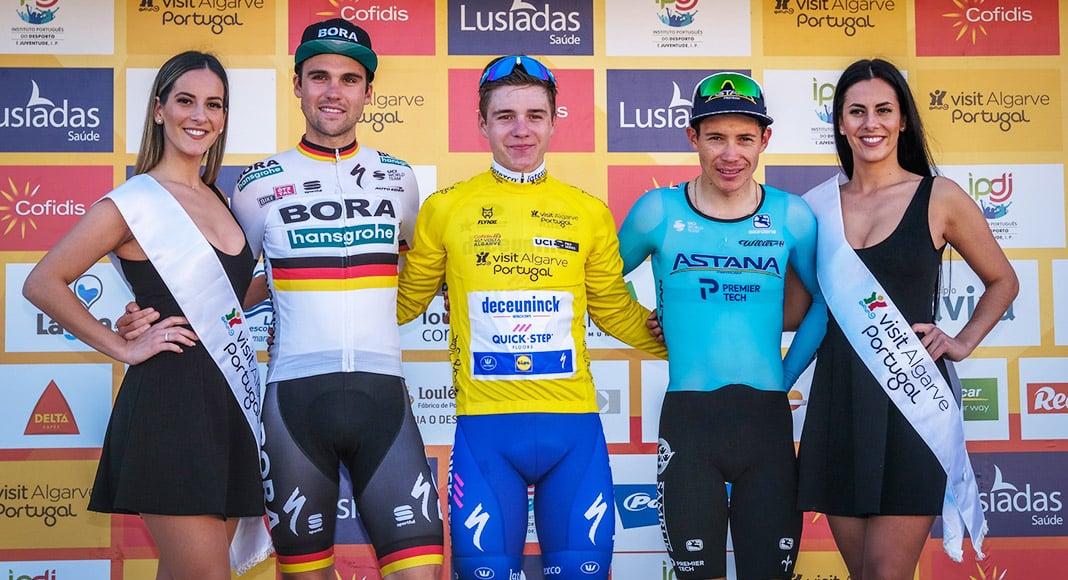 The 20-year-old was the favourite going into the final time trial, which he won with a 10-second lead over Austria’s Rohan Dennis and 38 seconds ahead of Germany’s Max Schachmann, who finished second overall behind Evenepoel.

“I gave my all from the start. It was 20 kilometres of effort, but knowing the route, I knew beforehand the points during which I could recover. My technique with the time trial bike is quite good and I risked a lot on the curves, the course was very technical. As my teammate Yves Lampaert told me, it was also windier than last year,” he said, adding that the experience of racing in the Algarve was one to remember.

“I enjoyed racing in the Algarve, the weather is pleasant, the roads are excellent and we still had two important days of effort in the mountain,” Evenepoel added.

The 46th Volta ao Algarve is one of the region’s biggest sporting events and took place between Wednesday and Sunday, bringing several of the world’s top cyclists to the Algarve.

Here are the top 10 standings from the final stage: