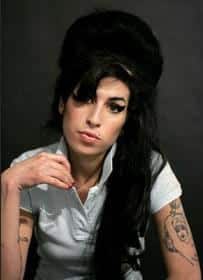 AMY WINEHOUSE has been warned by her record company to behave if she wants to release another album with them.

The troubled singer was given the ultimatum by bosses at Universal who are disgusted by her recent behaviour. The label’s European chief, Lucian Grainge, saw footage of her smoking what appeared to be crack cocaine.

Amy won a Grammy Award with her second album Back to Black which catapulted her to worldwide fame. Her new album is to be released in 2009 – provided she changes her behaviour and keeps the standards up, of course!