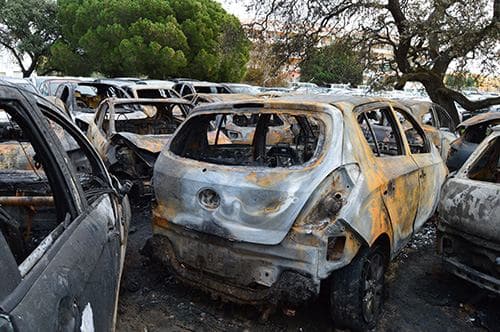 Once again poor weather prevented the Association for the Protection of Animals in the Algarve (APAA) from holding the planned pancake race on the beach in front of the Holiday Inn Algarve in Armação de Pêra.

Members instead held a Beetle Drive in the hotel bar while pancakes were sold by the hotel, with profits being donated to the animal charity.

A selection of stalls selling marmalades, chutneys, books and a tombola helped to add to the total raised and despite a small turnout more than €200 was raised for the APAA.

APAA president Alan Camplin-Smith told the Algarve Resident: “Now that the APAA has found land where a rescue centre can be built, the need for fundraising has become even more important as we need to be able to cover the costs of acquiring the land and building accommodation for stray and abandoned dogs and cats that will be taken in.”

For further information about the APAA and fundraising events, please visit www.apaaportugal.com