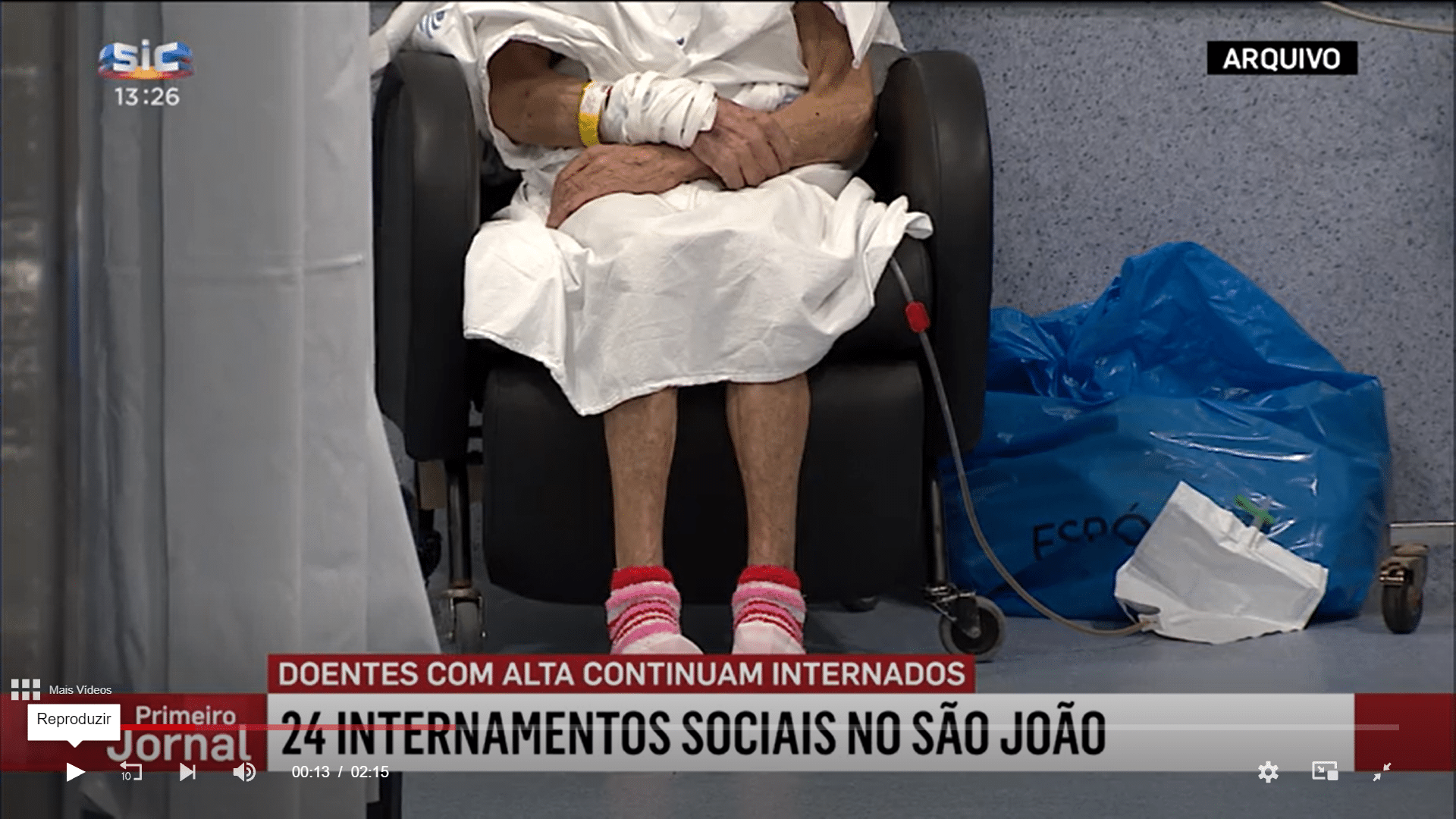 Bed-blockers, or people who no longer need to be in hospital but have nowhere else to go, are returning to haunt the SNS health service.

Explains SIC, before the pandemic, the service had around 1,000 “forgotten discharged patients” in hospitals up and down the country.

The number was brought down by transfers to old people’s homes and continuous care facilities. But now it is creeping up again – and openings for transfers are not coming through.

São João, the largest hospital in the north, currently has 24 bed blockers – or ‘social patients’ as they are referred to here – and hasn’t managed to transfer any of them to a senior care facility since May.

With winter coming – and the SNS girding for a potential influx of flu/ Covid patients – hospitals are worried that the situation is just going to get worse.

Meantime, there are harrowing reports of an escalating number of deaths in hospitals and elsewhere that are never claimed by family members – meaning corpses, sometimes even of the bodies of premature babies – lie weeks in refrigerated drawers before being given paupers’ burials.

These issues are all down to the deep poverty existing in Portugal – a social tragedy that has extended with the effects of the pandemic (click here).

Referring to the upcoming State Budget and how it must address social problems like these, Edmundo Martinho, in charge of Lisbon’s Santa Casa da Misericórdia charitable institute said “we should all be concerned by the numbers of dead whose bodies no-one claims”.

Santa Casa in the last year has performed 212 burials – and yes, he believes the situation has been made a lot worse by the pandemic, he told Diário de Notícias.

Elsewhere in the capital, Mário Nascimento Pinto Coelho, in charge of the Irmandade da Misericórdia e de São Roque, believes unclaimed deaths in the capital have reached 214 this year.

“They die in the streets, in hospitals, in the River Tejo, in rented rooms and boarding houses, without family, without friends, without anybody…” he told the Ecclesia website.