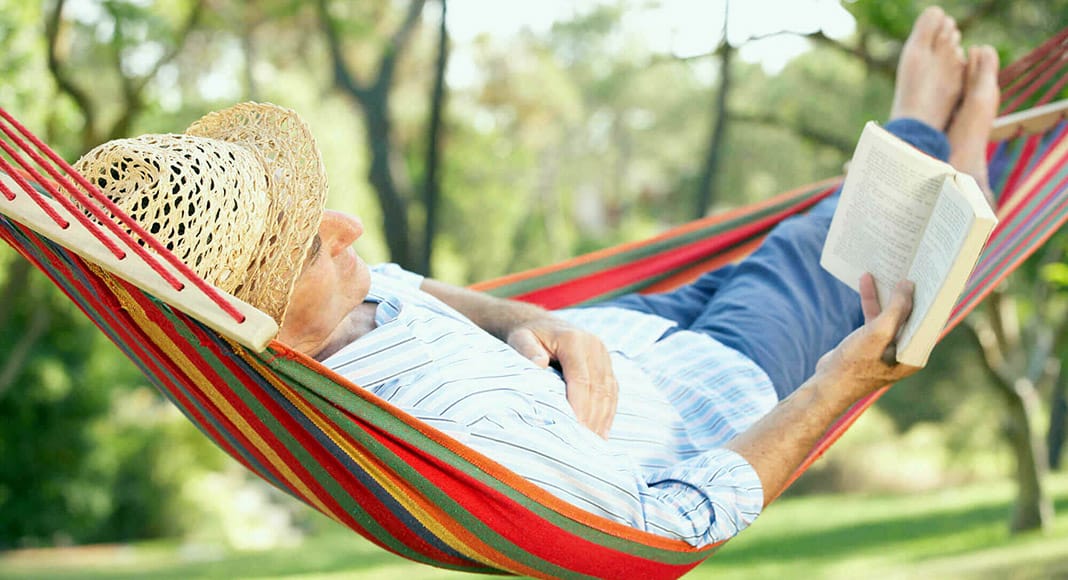 If you’re reading an outstanding English-language publication like the Algarve Resident, it is quite possible that you’re involved at some stage in the residency/immigration process. That is unless you’re Portuguese, but even then you’re welcome to read on.

I’m always somewhat surprised when I read the many anxiety-filled, anguished, even terrified posts submitted by people on most of the expat sites, who are really stressed out by the process of achieving legal status. At various expat gatherings, I want to point out that almost everyone standing around smiling with a drink in their hand has successfully accomplished the goal of being awarded a visa and some are merrily on their way to permanent residency or even citizenship. Some have even driven to the gathering while in possession of a Portuguese driver’s licence.

Then there are those who announce, with a tremendous amount of pride and relief, that they have received their cards (proof, by the way, that it can be done), with almost as much glee as if they’ve received a Nobel Prize but still perturbed that it took so long. The point is that it can be done, so why all the angst?

I guess the answer is obvious, really – if you’re from another country, that means you’re a foreigner and don’t know what you’re doing and maybe, just maybe, you’re not fluent in Portuguese. That could indeed be a problem. However, there is also a fairly obvious solution and that is to seek help.

Now, I don’t mean asking endlessly repetitive questions on the expat sites. When I was a schoolteacher, some of my colleagues would actually post a sign somewhere in their classroom proclaiming that “there’s no such thing as a stupid question”. I never displayed such a sentiment because I think, as most of us know, there is.

As I mentioned before in this space, my lovely wife and I first retired to Panama (number two on some lists of best places to retire) before we relocated to “número um” on those lists, the highly desirable country of Portugal. After living in Panama for 12 years, the newbies finally wore us out with questions like “just how big an island is Panama?” We never responded in all-caps, bold, troll-style that it was indeed an isthmus, but we did wonder how much independent research was involved if glancing at a map wasn’t one of the first steps.

So yes, if you’re in the early stages of possibly seeking residency here, I would strongly suggest that you do as much research on your own as possible. If you’re a member of Americans Living in the Algarve (ALITA), or Americans and Friends PT or Expats in Portugal (all fine and generously helpful groups), that means you have a computer and quite possibly Google.

Taking the step of doing some inquiries on your own might cut back on such questions as “where should I live?” This is a tough one, which might actually require a visit before you make the move. Or “what side of the road do you drive on?” or “can I drink the water?” (some think Portugal is a third-world country like Jamaica or Mexico, but we don’t have to worry about Montezuma’s revenge), or “what kind of money, and what is the exchange rate?” The second part of that question is actually worth looking into especially if the plan includes being on a fixed income.

Michael Reeve, the CEO of afpop, Portugal’s largest foreign residents association, pointed out to me during a recent interview that one of the biggest problems his group faces is dealing with misinformation spread over social media.

Now, there are people like Rui Caetano, possibly the most popular member of ALITA, who is extremely well informed and generous with inquiries. He’s helped and reassured quite a number of curious and clueless people. As far as I am concerned, he has the patience of a saint and can be trusted. However, there are lots of other folks, mostly well intentioned, who unfortunately give out incorrect or out-of-date info. Their good faith attempt at making procedures streamlined actually could backfire.

It’s shocking how ill-prepared some folks are when they arrive. Some younger Americans, for example, are very hopeful about getting a job even though they can’t speak Portuguese. Even some retirees hope to start a business or go into a line of work that wasn’t available before. I don’t understand why they don’t understand that one of the oldest countries in the world might just have rules and regulations.

Some go to the expense of shipping their vehicle over before realising it does not adhere to EU standards. One guy from Texas brought his big Dodge Ram pickup over, complete with the double rear wheels (for extra traction, as well as probably a gun rack), only then finding out it wasn’t allowed because it couldn’t fit on many roads. Many Brits drive their cars over here via “the Chunnel” and don’t seem very worried about the dangers of driving from the right (some would say wrong) side of the road.

The biggest mistake some would-bes make is shipping their personal effects including art work, furniture, clothing, tools, appliances, pots and pans, utensils, sporting equipment and gardening supplies over without acquiring a “certificate of baggage” from the country of origin before you send the items. I’ve read outraged posts that take umbrage that they had to pay duty of their own stuff. That’s why you have to check first.

Okay dear readers, many of you have gotten past the first few steps and missteps and are wondering if you can succeed with the process on your own. The answer is, of course you can. I don’t advise that you do so, but it is possible.

The Portuguese authorities are relatively positive in their approach and many, if not most, speak English or have English speakers available. I don’t recommend it, but you can do it yourself. If mistakes are made, they’re not going to throw you out, at least not immediately. You know, if you’re a foreigner, it’s not that easy to get into most countries; take the U.S. of A. as an example. Here, you most probably won’t end up trying to sleep on a concrete floor under an aluminium blanket wondering where your kids are.

The best (as in easiest and surest) way is to hire a professional facilitator. Ask around and find out who other people have used. There are a number of services available. Some are even advertised on the pages of this paper. Early on, I was put in touch with a nice, young and highly capable and well-informed lawyer, who has led us through the entire process of achieving non-habitual residency status without a hitch. We also have nice new shiny Portuguese driver’s licences, even though Panama and Portugal don’t have a reciprocal agreement. Our attorneys in Panama were very helpful with that one.

A lawyer is essential, for example, if you’re planning to buy a house or an apartment with a lovely sea view. It’s not always a good idea to rely on the estate agent. One friend on Facebook recently raved about her attorney when expressing her delight at finding a dream home. No mention of the real estate agent.

I must admit that living in Panama first was, in a strange way, an advantage because the corrupt bureaucracy was so much more difficult there than it is here.

Often, particular officials required a gratuity (if you get my drift) and nobody ever admitted to being able to speak English. The joke back there was that I never even went to the grocery store without my attorney. It’s definitely not that bad here – far from it.

One group that I always recommend when some newcomers are asking me to give them all the answers is afpop. It’s an association and you do need to become a member and pay annual dues, but I believe that most people will find it worthwhile.

It is kind of like getting a Via Verde device installed on your car windshield, which automatically charges tolls on most highways like the A22 to your credit card. Yes, it costs more but, boy, is it easier and faster to get to one end of the Algarve from the other, rather than leisurely plowing through the EN125, also known locally as “the road of death”.

One of the most popular benefits of being an afpop member is the access to health and motor insurance through group schemes that they offer at an affordable price. This alone answers a third of the questions posed regularly on social media.

As some alert readers have already noticed, afpop also has a monthly feature in this publication called “Ask afpop”. Here’s where you can ask your “Just how big an isthmus is Portugal?” question, and you won’t get mercilessly trolled.

While I was in the office recently, located in Portimão, Karina, the receptionist, answered a call and spoke German. She’s originally from Denmark and obviously speaks English and Portuguese. That’s the kind of help they routinely offer because they are professionals, trained to be patient with endlessly repetitive calls, as well as very necessary enquiries from British members with legitimate concerns over what has changed and what hasn’t due to, dare I say it, Brexit. Members also receive a monthly magazine entitled Update – get it?

There was the post recently by a sympathetic husband describing the “heartbreak” his wife experienced at a recent official appointment, when she was sent away because she didn’t have her passport with her. I know what you are thinking – who doesn’t carry their passport as their identification in a foreign country? So yes, it helps if you know what you’re doing and that is best accomplished with professional help. So, relax. It will get done.

Here are some of my recent favourite questions that have been posted on social media. I usually don’t respond at all, but when I do, it is almost impossible to avoid being trollish.

Question: Where can I find gluten-free pastel de nata?
Answer: Certainly not in Belém. Actually you want something else.
Question: Is gluten-free wine available in Portugal?
Answer: Definitely.
Question: There are numerous festivals in Portugal – are vegan options generally available?
Obvious Answer: Quite possibly not at the recent Monchique Sausage Fair, but the Aljezur Sweet Potato Festival in the fall might be a good bet.
Question: I’ve heard it is quite windy in Portugal. I don’t like the wind. Where in Portugal is it less windy?
Answers: One respondent suggested “in a cave”. Another concisely noted “inside”. Then there were those extremely nice people who tried to explain that Portugal is a hilly country with lots of coastline and that avoiding the wind might not be that easy.