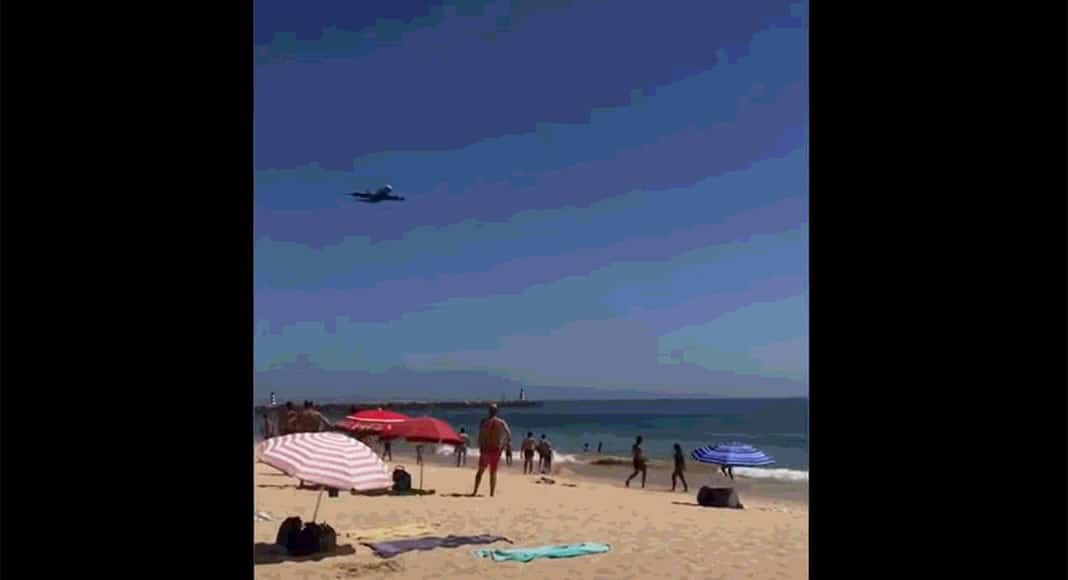 Beachgoers panicked yesterday afternoon (August 5) and many even called the national emergency number 112 after an Airbus A380, the world’s largest passenger plane, flew just 230 metres above several beaches between Albufeira and Faro.

Many feared the plane was going to crash or attempt an emergency landing, prompting them to run out of the water.

However, it turned out to be nothing more than a planned check flight carried out by Portuguese charter airline Hi Fly, apparently piloted by the airline’s owner Carlos Mirpuri.

The issue is that the plane flew over the beaches at just 230 metres of altitude, way below the recommended distance of 610, reports Correio da Manhã tabloid.

“I think it is disgraceful that they did this with so many people on the beach,” a holidaymaker told CM.

Yesterday morning, the charter airline had left a message on its Twitter account warning that the test flight would be taking place later that day.

“Those on holidays in Algarve might be lucky enough to spot our #A380 #SavetheCoralReefs planned to perform today a functional check flight, overflying Faro and Vilamoura. Departure from Beja at 2.30pm, and the flight will last 1 hour,” the message reads.

Most if not all beachgoers were unaware of the planned check flight, however, leading to a panicked frenzy.

All did end well; although the whole situation has raised the question of whether carrying out this kind of test flight over crowded beaches in the Algarve in the peak of summer is a good idea.