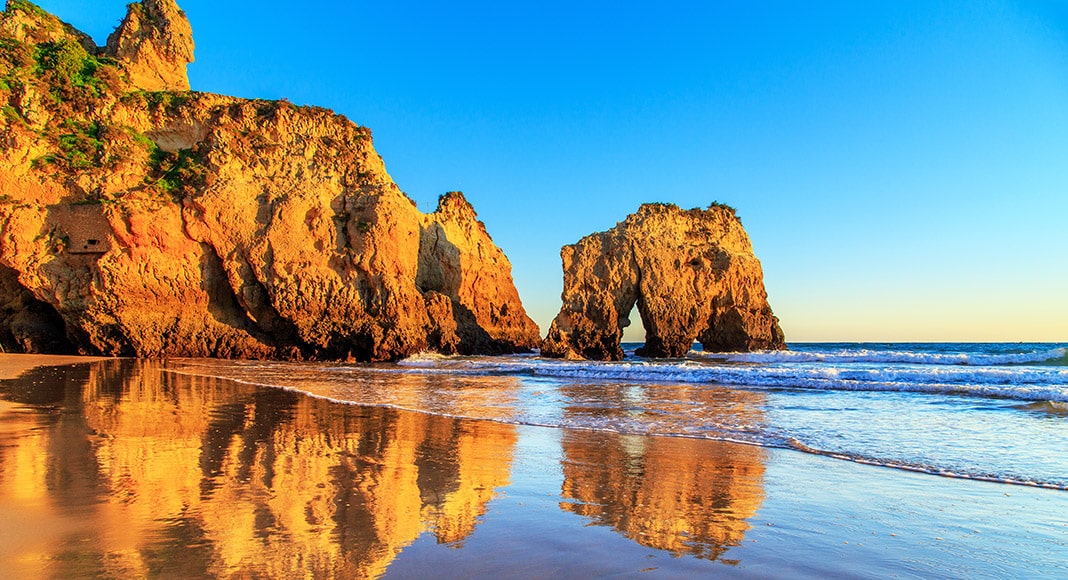 Port authorities are expected to remove ‘editais’ (notices) prohibiting groups of more than five people from going on the beach together. Under Portugal’s new ‘situation of calamity’, this number has increased to 10 – and in the case of family members, it doesn’t apply at all.

The easing of lockdown after six weeks of State of Emergency has raised many questions – not least the ability of citizens to go to the beach at all (bearing in mind it was prohibited over the May Day weekend and 30,000 people were caught disobeying) before the bathing season starts on June 1.

Masks are now the order of the day for any shop or public closed space, disposable surgical gloves an added extra, but not mandatory.

“The future depends on each one of us,” prime minister António Costa addressed the nation on television last Friday, but it is still far from one with any clarity.

Meetings defining the government’s roadmap are still ongoing, with the first draft, set out in parliament by economy minister Pedro Siza Vieira, looking like this:

Monday, May 4, reopening of:
• Local commerce (described as small local shops and businesses, involving premises of less than 200sqm). These, we subsequently learnt, included service operations like opticians, dentists etc., all requiring special measures (particularly the wearing of masks).

• Bookshops and outlets dealing with the automobile industry – but not driving schools.

• Public services: Finanças/Conservatórios/Social Security offices, again by appointment only and clients using masks when they get inside.

Also permitted since May 4 have been any kind of individual sports practised in the open air. This has also seen golf courses reopen.

The ‘open air sports’ measure appeared at first to refer to surfing and body-boarding – activities that under the State of Emergency were expressly forbidden.

Then, weekend fishing was added to the list, and finally it seems people may be allowed back on the beaches (but possibly not small popular beaches that are easy to police and still cordoned off).

Next week we’re told council and maritime authorities will be meeting with the Portuguese environment agency to define ‘a manual of good beach practices’.

Reports suggest restrictions will extend to how many people are allowed under one sun-umbrella at a time, a two-metre distance between the towels of separate groups and the creation of a telephone app to alert people to when a beach has become ‘overcrowded’.

If all goes well – meaning if the rate of infections doesn’t spike alarmingly in this first two weeks of this confusing ‘new normal’, May 18 will see the reopening of:

• Restaurants, cafés and ‘pastelarias’ – albeit under strict regulations regarding hygiene and running at 50% capacity on a reduced timetable (with all closing by 11pm).

• Schools, again under strict rules of hygiene, for 11th and 12th year pupils taking national exams this year. The idea here is for pupils and teachers to wear masks at all times, and have timetables that run from 10am to 5pm, so as to reduce any pressure on public transports which are also running to strict regulations of social distancing and requiring all passengers to wear masks.

• Crèches for those children whose parents feel comfortable enough for them to return to this social environment. Parents not comfortable will be able to continue looking after their children at home with the benefit of State support until the end of the month.

The plan, the government and health authorities have been insisting, is for a phased return to business, to be monitored every step of the way.

The reality is things economic could hardly be worse: no business could afford another step backwards, which is why we truly are all in this together, and it is imperative that the roadmap works.

The final phase of commercial reopening is set for June 1. By this time, religious gatherings will be back in force (they’re being allowed from the last weekend in May) as well as Premier League football games – albeit played to empty stadiums.

June 1 will give the green-light to hotels, guesthouses, driving schools, shopping malls, ATL tuition centres, gyms – possibly bars, spas and discos – though nothing official has been said of these latter activities that appear unsustainable at a time of enforced social distancing.

A threat, early on, that unsupervised beaches would be prohibited happily appears to have fallen by the wayside – more than likely because authorities realise it would be virtually impossible to enforce.

But as the country embarks on this second equally-daunting phase of returning to business before a vaccine or cure for Covid-19 has been found, all those who make their living from habitually buzzing summer seasons have their hearts in their mouths.

We literally have no idea what to expect.

Flights remain few and far between, and the date for the reopening of our land borders with Spain has been pushed back from next week to June 8.

Meantime, the ‘good news’ is that the outbreak across Europe appears to have stabilised, death-rates in most countries are falling, while new treatments (particularly transfusions of plasma harvested from survivors) are showing ‘fantastic results’ with every patient treated in clinical trials having recovered.

The virus may not yet have a cure, but science is finally starting to get round it.