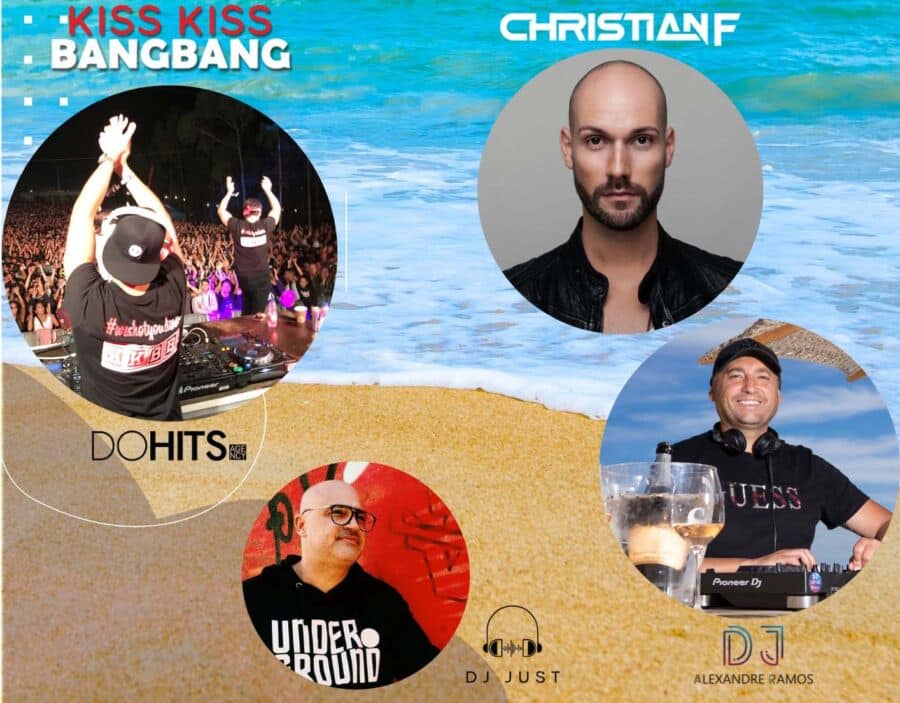 If dancing into the night on one of the Algarve’s best-known beaches sounds like your idea of fun, then Carvoeiro Beach Party is just the event for you.

The party, which will be free to attend, will bring some of Portugal’s most popular DJs to the picturesque fishing town on Saturday, August 27.

Performances will begin at 8pm with the Algarve’s very own DJ Just, who will be the first to take the stage and will bring his “contagious groove” with him.

He will be followed at 9.30pm by DJ duo Kiss Kiss Bang Bang, described as the “most requested DJ duo in Portugal today”. They are also known as “the most energetic duo in Portugal” and combine a wide range of music genres in their performance, from funk and hip hop to rock.

Kiss Kiss Bang Bang have performed at some of Portugal’s biggest events, including this year’s Rock in Rio in Lisbon, Meo Sudoeste and Happy Holi Portugal.

Local DJ Alexandre Ramos will be the third act of the night and will take the stage between midnight and 1am, promising a great time for his home crowd.

Last but not least, DJ Christian F is returning to Carvoeiro after a full house performance at the beach five years ago. His set will begin at 1am and run until 3am.

Carvoeiro Beach Party is organised by the Lagoa and Carvoeiro parish union, backed by Lagoa council and sponsored by several local companies, such as JAN, LEVELS, Hotel Plaza, Hotel Tivoli and Palácio do Cone.

The event is included in the annual religious festivities in honour of Our Lady of Incarnation (Nossa Senhora da Encarnação).