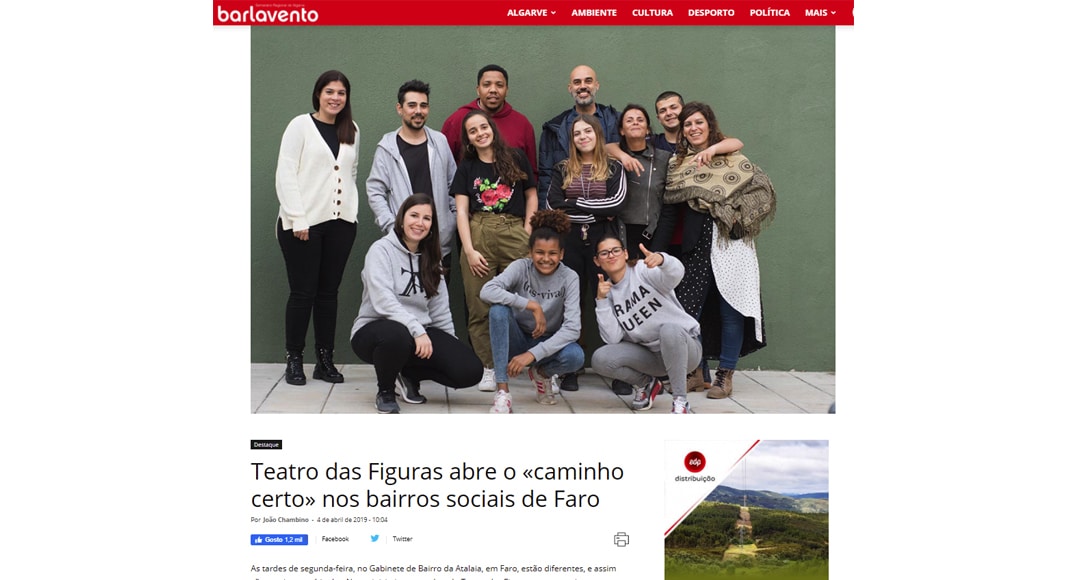 Barlavento reporters Bruno Filipe Pires and João Chambino have won the first prize of the ‘Analisar a Pobreza na Imprensa’ (Analysing Poverty in the Press) awards.

The awards were created last year by the Portuguese branch of the European Anti-Poverty Network (EAPN) to “distinguish journalistic articles that tackle poverty and social exclusion in a dignified way, free of prejudice and other negative views”.

The reporters were awarded for their work together on an article about ‘Ritmos e Poesias’, a social project that aimed to use art as a form of motivating youngsters from Faro’s poorer neighborhoods to choose the “right path” for their life.

The article was published in Barlavento newspaper in April 2019 (in Portuguese) and can be read online on www.barlavento.pt

João Chambino, a young reporter at Barlavento, was awarded for writing the article, while Bruno Filipe Pires, Barlavento Editor, was prized for his photos accompanying the article.

The award ceremony is scheduled to take place on Friday (October 16) at the Centro de Diálogo Intercultural de Leiria at 5pm.

There are two categories, one for national newspapers and another for local/regional publications. The jury had to choose from a total of 45 articles (27 national and 18 regional stories).

Established in 1990, EAPN is described as the largest European network of national, regional and local networks involving anti-poverty NGOs and grassroot groups as well as European Organisations, “active in the fight against poverty and social exclusion”.

Barlavento newspaper is part of the Open Media Group, publishers of the Algarve Resident newspaper.