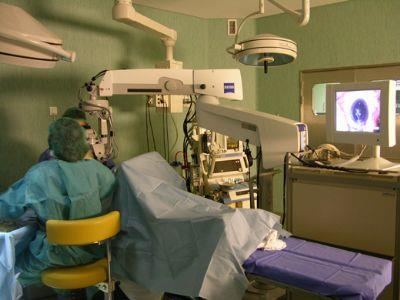 Barlavento hospital in Portimão is the first in the region to collect donated organs and tissues as well as launching a project to start the first eye bank in the Algarve.

The hospital signed a protocol in February with the national blood and transplant services, which allows the hospital to collect and store corneas.

In a first phase of the project, announced this week, the collections and storing will be carried out in the hospital, which will supply other hospitals where patients from the Algarve will be operated on.

In a second phase, an eye bank will be created, which will then allow all cornea transplants in the region to be carried out at the Barlavento hospital.

This new project has been started because hospitals have now been included in the national network for donors and transplants, which allows them to collect organs and tissues including kidneys, pancreas, hearts, lungs and livers.

Tissues which can be collected by hospitals for transplant include skin, valves, amniotic membrane and the cornea, among others.

The very first collection of a cornea was carried out on the day that the protocol was signed at the Barlavento hospital by Dr Jorge Correia, director of the hospital’s ophthalmological service.

Dr Luis Batalau, a spokesman for the project, told the Algarve Resident: “We have carried out two cornea transplants since the protocol was signed. When donated, these are stored in a special liquid that preserves them for some time before transplanting.”

Ophthalmology patients in the region will be the first to benefit from this new service as they will be taken off the national waiting lists for cornea transplants. According to Barlavento hospital, the success of cornea transplant surgery in Portugal has meant that the number of candidates for this operation has increased, while the number of donors has remained fairly constant in recent years.

“A number of years ago, the government carried out a survey asking the population if they would want to be organ donors or not, so they are on a national register,” said Dr Luis Batalha. He added that anyone who would like to become an organ donor after death should inform their family, while those who do not can opt out by filling in the relevant forms, which can be requested at the health centre.

“If a person is not on the national register, then we always ask the family’s permission to use the organs for transplanting after death,” he said.

For more information about this new project, please visit the website, available in Portuguese only, at www.chbalgarvio.min-saude.pt.