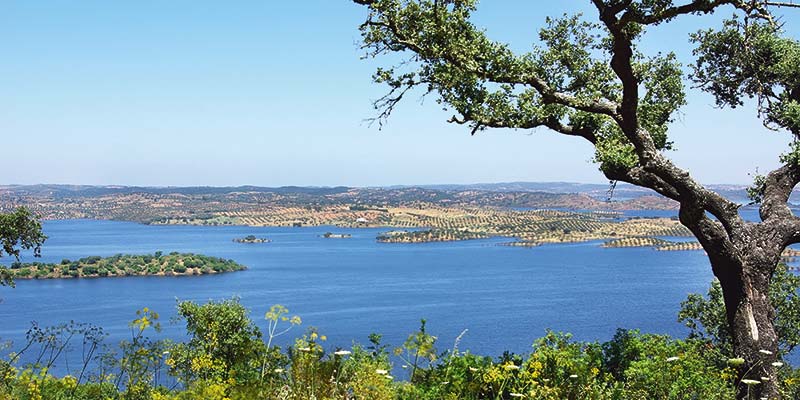 The first study of its kind to be undertaken by a government agency in Portugal has detected the presence, in unidentified areas, of prohibited pesticides in ‘subterranean waters’.

The pesticides, banned by Portuguese law, have been found in parts of the country where intensive agricultural projects are located.

For now, APA – the State-run environment agency – is not revealing locations.

It has accepted, however, that the results need “increased attention” into how much intensive farming could be blighting the quality of the country’s vital but diminishing supplies of groundwater.

This is the first chink of light for campaigners up and down the country who have been trying – in some cases for years – to highlight the dangers of ‘massive agricultural projects’.

In the Algarve, for example, more and more land is being given over to avocado monocultures, all of which use a cocktail of chemicals to stimulate production.

Only last week, industry website Fruitnet was extolling on the fact that “one of Spain’s biggest avocado producers, Trops, has turned to Portugal to supplement its volume in the coming years”.

The company is building a new packhouse in the Algarve, says the site, which “will serve as the company’s centre of operations in Portugal”.

“The country is believed to have around 1,000 hectares of avocado production, much of it within the Algarve,” the texts continues.

Not so far away in the Alentejo, campaigners have raised a petition to try and call a halt on acres and acres of plastic greenhouses in which an immigrant labour force is employed by large corporations producing berry fruits, cress and other salad vegetables for export.

Signed by almost 3,000, the petition stresses the negative effects of this kind of agriculture that has caused “infiltrations into groundwater, contamination of the entire coast, extinction of species diversity, poison and social chaos”.

Antipathy within the borough of Odemira to the greenhouse projects has been increasing for years.

Only last week Público carried an article entitled “There are streets in São Teotónio where Portuguese are in a minority. And this is causing discomfort”.

The reason: the exponential increase in foreigners coming “because of the agriculture”.

Expanding on the implications of intensive agricultural projects, TSF radio confirmed the environment ministry is “concerned”.

The ministry’s understanding is that issues are compounded by “recurrent situations of drought that increasingly reduce the replenishment of aquifers” (underground layers of water-bearing permeable rock), and the fact that areas where these projects are installed “increase the demand on subterranean waters”, at the same time using pesticides that will ultimately contaminate them.

This is a far cry from the justification less than two years ago by Fernando Severino, the Algarve’s regional director for agriculture and fisheries, who suggested that intensive projects are “the future”.

Warns APA’s director of water resources, Felisbina Quadrado, since the start of the hydrological year – which begins every October – more than 4,000 new boreholes have been authorised in Portugal “because of the current situation of drought, and the growing intensification of certain agriculture”.

Quadrado agrees it is now imperative to find ways of preserving the quality of groundwaters, which are “a crucial resource for the increasingly frequent periods of drought”.

How do banned pesticides reach our aquifers?
“These days anyone can buy what they want over the internet,” a source for APA told TSF, while it can’t be discounted that the products are “brought into Portugal by Spanish producers”.

But in director Quadrado’s opinion, the most important issue is to sound the alert that the substances “have already arrived in our subterranean waters”.

This means the prohibited pesticides are “being used to excess”, she said, “which leads to them being washed down into the aquifers when it rains”.

Quadrado’s message is that the areas where prohibited pesticides have been detected will now be “subjected to measures to remedy the problem” while measures must also be found to “avoid agricultural practices that take excesses to other areas”.

For locals in the borough of Lagos who have been struggling to control expanding monocultures that have changed the landscape around rural Barão de S. João and beyond, this new mindset could be a gamechanger.

Terra Saudável is the small local action group that came together after the first intensive avocado project was installed on previously ‘dry orchard’ land (that never required irrigation).

Its members are people whose homes are sustained by boreholes which, for the first time ever, have started having issues in the summer months.

Water isn’t Terra Saudável’s only concern, however. Members have noticed a dearth of birds and insects – pointing to an attack on the area’s biodiversity.

Say reports, there is €60 million available: with some projects promised 100% of their ‘investment’.

Says the ministry of agriculture, the new tender “will finance projects in the Algarve and southwest Alentejo, the coastal north, central north and centre, according to areas indicated in the National Irrigation Programme, approved by Resolution 133/2018 in the Council of Ministers on September 20”.

Projects have until the end of this month to be submitted, and must be sent to DGADR (the agricultural and rural development entity) and DRAP, the regional directorate of agriculture and fisheries, whose Algarve director is the man who said he believes intensive agricultural practices are ‘the future’.