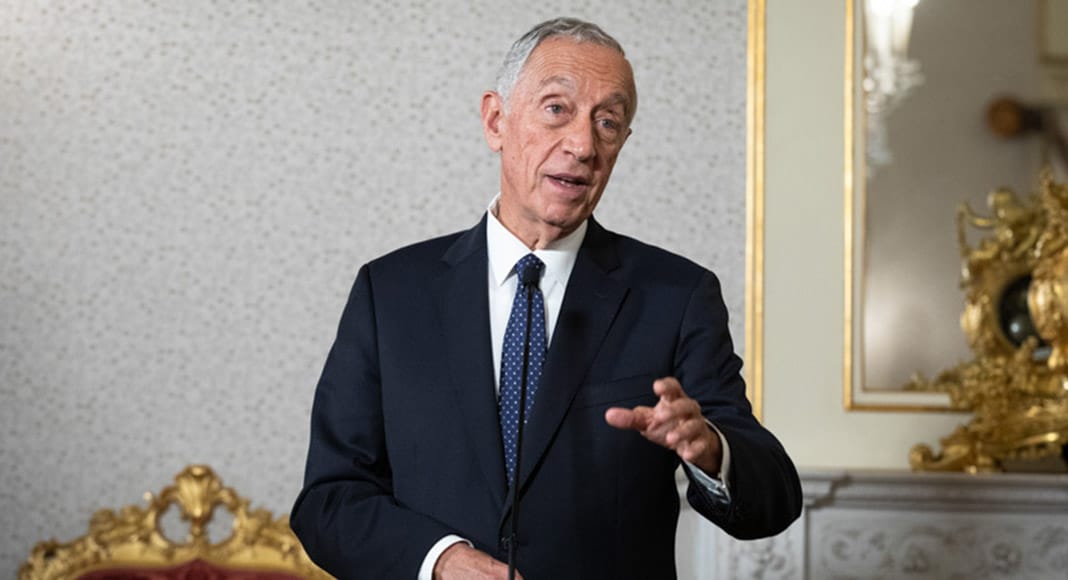 The weekend started on a high with President of the Republic Marcelo Rebelo de Sousa telling journalists he was calling a meeting of the country’s five largest banks to tell them “it’s time to repay the people who have bailed you out” – to the tune of billions (in fact, an estimated €25 billion) in recent years.

The idea, clearly, was to convey to the Portuguese man in the street that his president was gunning for him: intent on getting the best and quickest financial help for families now becoming seriously affected by the financial consequences of the Covid-19 lockdown.

But the meeting came and went, and the ‘high’ has most certainly dulled.

The reason? The banks (CGD, BCP, Novo Banco, Santander and BPI) have said they are indeed prepared to pull out the stops and do everything they can to help the economy. But how far they go is dependent on how far the government is prepared to let them go – and how much leeway the government is able to give is waiting on a greenlight from Brussels … which still hasn’t arrived.

As we wrote this text on Wednesday, a 16-hour marathon of talks of the Eurogroup (made up of Europe’s finance ministers) had failed to reach an agreement and was deferring any decisions on a joint-approach regarding credit lines and financial aid to countries crippled by the crisis to Thursday.

Remember this is the group to whom the recent disastrous European summit bounced decision-making two weeks ago – again following an acrimonious marathon of talks on how to finance the gathering crisis.

This time – just as last – the countries getting in the way of consensus are the northern ‘Baltic states’, Holland particularly – which caused ructions last month for suggesting countries like Spain ‘should be investigated for not having sufficient funds to deal with a crisis after seven consecutive years of eurozone growth’.

Thus, the picture this week is of a Portugal in which all sides (from the president, to politicians and financial institutions) want the same thing – carte-blanche to kick start the economy with everything it needs – but the detail of what this will mean in the long-term is a total unknown.

Conflicts in the Eurogroup centre on the demand by ‘poorer countries’ that no joint approach will lead to further austerity in years to come. It’s an ultimatum that ‘richer countries’ won’t accept. As richer countries continue to shilly-shally, member states like Italy have reached the point where mayors in towns worst hit by the crisis are removing EU banners from their flag posts in an undisguised show of disgust.

In other words, yes banks are “absolutely focused on supporting the national economy”, he told Reuters this week, “as long as it doesn’t put (banks’) financial stability at risk”.

Days before, ratings agency Fitch had already reduced the outlook for three of the country’s big five (CGD, BPI and BCP) due to what it called “a deterioration of economic conditions in the country due to the impact of the pandemic”.

The three banks’ outlook has gone from ‘stable’ to ‘negative’. This is yet another pointer that ‘seven consecutive years of eurozone growth’ hasn’t, in fact, made a huge difference on the economy’s strength to withstand what is being widely dubbed as ‘the mother of all crises’.

Businesses WILL go to the wall
And this was the bottom line from banks in their videoconference with the president on Monday.

Irrespective of the best intentions by political leaders, not all companies will survive the effects of this Covid-19-induced crisis. The price, in terms of repayments written into the small print of credit lines trawled by the government so far, is simply too much for many small and medium-sized businesses to contemplate. Indeed, according to Expresso, Portugal’s banks see the credit lines offered as likely to leave the country in a far worse position than many of its European partners who have come up with plans of their own that do not load companies with further debt.

Novo Banco says nothing about waiving next billion-euro pay-out
When Marcelo announced his ‘time to payback’ challenge, he said he wanted to see how far banks are prepared to go. ‘Is Novo Banco for instance prepared to find an alternative for the billion euros it is hoping to receive from the State for 2019?’ It was an ambitious ‘ask’ – and one that sounded so positive – yet not one news report coming out of the teleconference has come up with any kind of answer.