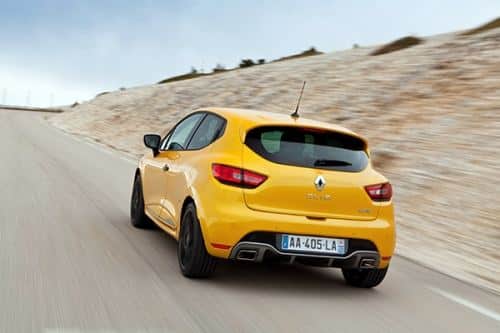 European markets quickly moved higher with Italy’s FTSE MIB index up 1.33 percent, though Britain’s FTSE 100 index lost ground after earlier gains. The Euro also edged up to session highs of 1.29 against the dollar.

The German Constitutional Court on Wednesday ruled on the legality of the ESM. Complaints it had received were rejected and the German government is now allowed to ratify the bailout funds. However, there were conditions; if German liabilities rise above 190 Euros then the lower house of parliament has to approve those decisions.

European Commission President José Manuel Barroso gave his ‘State of the Union’ speech in Strasbourg on Wednesday morning. In his speech, Barroso called for a move towards a federation of nation states, a move which would ultimately require a new treaty.

He also presented proposals for a banking union to tackle the region’s debt crisis, calling for a single supervisory mechanism.

In earnings, UK-based home builder Barratt Developments reported earnings on Wednesday with its pre-tax profit rising by 159.3 percent. However it said that its outlook depended on future mortgage lending.

Blue chips were fractionally lower in early trading on the FTSE. Home improvement business Kingfisher released disappointing preliminary earnings for 2012 on Wednesday and shares were down 1.47 percent.

Among the top gainers in Europe was one of the early market gainers Germany’s Commerzbank with shares up 4.8 percent. The bank is believed to be exposed to peripheral Euro area bonds which have seen their spreads decline after last week’s announcement by the ECB. It stands to benefit from recent decline in bond yields. Shares of UK banks Lloyds and RBS also rallied as did France’s Credit Agricole.

The German court’s approval of the ESM makes ECB bond buying more likely, which in turn reduces the risk of Euro zone exits by the PIIGS (Portugal, Ireland, Italy, Greece, and Spain). Therefore European Banks are less likely to require large ‘rights issues’ (raise more capital by offering new shares) which explains a re-rating of the sector in recent weeks.

With the ever changing financial arena affecting investment markets and currency exchange it is very important to make sure that your savings, investments and pensions are in the right vehicles, assets, currency and jurisdiction to minimise volatility and try to protect your future living standards as much as possible.

For those of you with savings here in Portugal either in Euros or Sterling I would suggest you look at where this is currently held, spilt it amongst the safer institutions where possible or move it to an investment vehicle outside Portugal and above all if you leave your money in Portugal ensure you are well within the Government Bank guarantees.

Now more than ever taking independent advice regarding investments, savings and pensions has never been more important.

This facility is not suitable for all expatriates, and we recommend that advice is sought before one makes any commitment.  As an Independent Financial Adviser, Blacktower seeks to ensure that our clients receive the advice suitable for their specific circumstances.  Please contact us for further details  289 355 685 or email paul.beckwith@blacktowerfm.com