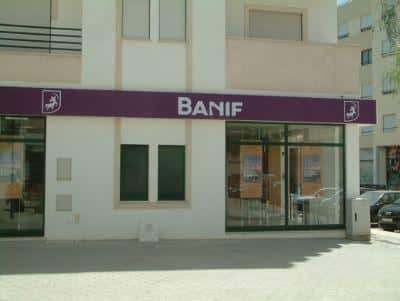 Encouraging results from the Portuguese banking sector could lead a cautious, slow yet sustained economic recovery as key banking shares shot up by 18 per cent.

However, despite the good news, Portuguese banks are suffering continuing difficulties accessing cheap credit on the international money markets, with the result that some banks have doubled spreads from 0.29 per cent to 0.70 per cent since January, leading to complaints to Portuguese consumer watchdog DECO which has doubted the legality of the increased bank charges.

The sector had suffered a number of serious problems in terms of market and shareholder confidence, corruption and transparency in recent years, problems which, in some quarters, are far from resolved.

The future of scandal-ridden Banco Privado Português (BPP) was hanging by a thread this week as its Board of Directors suspended all deposit withdrawals until the government decides either to prop up the bank with public money or let it file for bankruptcy – a situation which has caused panic among its private clients and company account holders.

The Bank of Portugal (BdP) has only days to come up with a viable solution to present to the financial watchdog CMVM (Comissão do Mercado de Valores Mobiliários) while the government has yet to agree a 150 million euro bailout package for the bank.

Meanwhile, the Board of Directors of the Banco Português de Negócios (BPN), which was nationalised in November last year, is taking disciplinary action against two former operations directors, both accused of having signed contracts between BPN and off-shore Banco Insular which resulted in BPN losses of 700 million euros and a liquidity deficit of 200 million euros between 2005 and 2008.

At a general level, Portugal’s exports and import/export balance has been none too healthy either. Portugal’s external debt to foreign countries soared to over 100 per cent of GDP overall in 2008 from 60 per cent in 2004 and 10 per cent in 1995.

And although unemployment climbed less in Portugal than the European Union average for the past 12 months, it still currently hovers around 8.5 per cent, below that of Spain and Ireland with 17.4 per cent and 10.6 per cent respectively, while the UK has risen to 6.7 per cent.

However, on the Lisbon stock market (Bolsa de Valores de Lisboa), the PSI 20 Index of top 20 Portuguese companies continued to recover this week, reaching overall by Tuesday the highest value since October last year. The average gain last week registered 7.4 per cent while since the beginning of 2009 the sustained increase reached 14 per cent.

One of the key factors behind the bullish performance at the stock market was the optimistic 18 per cent increase in the value of banking shares for BCP, BPI and Banif, which has effectively cancelled out losses for the first three months of 2009.

Optimistic first quarter results issued by Millennium bcp, following a major reorganisation in the last two quarters, saw the bank’s shares for the first three months of 2009 sky-rocket by 17.61 per cent to 84 cents from a low of around 54 cents at the start of the year, thanks to a profit increase of 378 per cent.