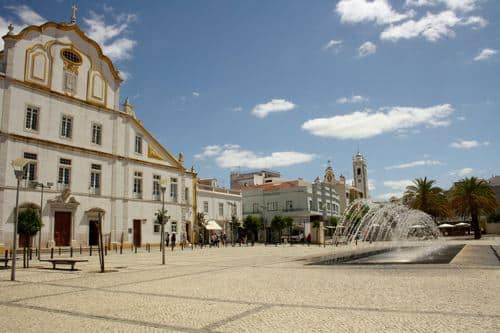 Debt || An investigation has revealed that far from being bankrupt, as the country has been led to believe, Portimão Council has actually spent more in the first eight months of this year than it did in the whole of 2013.
News website Jornal i has discovered that by April 11, the council that has consistently said it is at risk of financial rupture had actually signed new contracts for goods and services to the tune of €1.5 million.
This is the same council that at last count owed €159 million and was taking up to two years to pay its suppliers.
Jornal i got its information from an online government database (www.base.gov.pt/base2).
Revealing the inconvenient truth, the site explained that Portimão Council had effectively spent €369.2 million more in eight months this year than it had in 12 last on a global total of 25 contracts – four of which were for in excess of €100,000 each.
Itemising the contracts: the highest (more than €673,000) was for three years’ worth of insurances. Then there was €179,000 “for fuel at public service stations using a magnetic card”; €122,100 for the purchase of a forest-fire engine and €120,000 for “propane gas for the Mexilhoeira Grande sports complex”.
In 2013, only three contracts were signed for over €100,000 – and this is a council that has repeatedly said it is facing one of the most difficult financial situations in its history; a council that has warned it may have to ditch its municipal bus service due to “the precarious financial situation”.
“Daily spending down”
Jornal i queried the eight-month spending spree to Filipe Vital, heading up the office for Mayoress Isilda Gomes – and was told that, put another way and “using a fine comb”, the council’s spending could be interpreted to reach “a different conclusion”.
The fine comb involved dividing expenses, like the insurance bill covering three years. This bill “could not be compared directly with (spending for) the year before,” he said.
“If we really want to make a comparison, we have to come to a ‘daily rate’,” he continued – and in that case, daily spending this year is actually 6% down on daily spending last.
Confused? Jornal i reminds its readers that the totals are far from complete, as they only apply to the months until August 11.
Meantime, Portimão Council is having to decide whether or not it will be applying for the emergency government funding that it has repeatedly said it cannot do without.
Talking to Sulinformação this week, Mayoress Isilda Gomes has said one of the biggest questions is how much the council would receive.
“We have not yet made a decision,” she explained.
Portimão is one of four spectacularly indebted councils (Vila Nova de Poirares, Aveiro and Nazaré being the three others), while there are another two that are understood to be hoping for an emergency government cash injection before the FAM municipal funding is enacted.
The bottom-line about this funding, reveals Sulinformação, is that the government will impose “strict controls” on all benefitting councils.
At the beginning of August, Secretary of State António Leitão Amado dropped the bombshell that State-backed council bailouts were coming with a hefty set of rules these days – and councils that did not pay their suppliers would find amounts due to them diverted to pay outstanding bills.
“It’s supervision-at-work,” he explained, in an interview with Correio da Manhã. “If we didn’t apply these sanctions, councils would start thinking they could fail to reduce their debts without consequences.”
Thus, Portimão is still thinking – but according to Sulinformação, Isilda Gomes has maintained that a decision on how to move forwards will be taken “by the end of the week”.