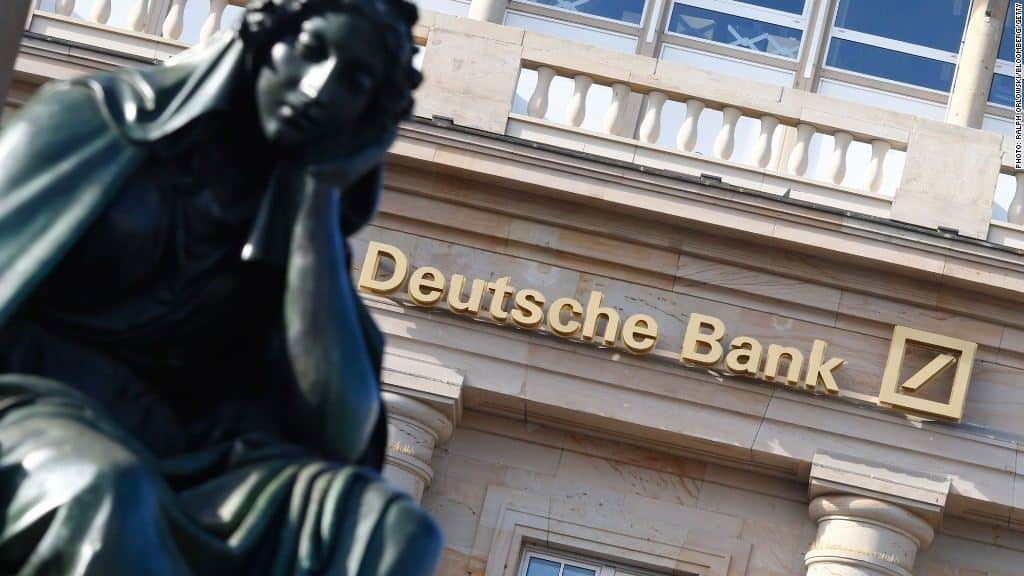 With the financial world reverberating with fears over the health of Germany’s banking colossus Deutsche Bank, news here is that the Bank of Portugal has hired the troubled institution to try and help it sell its equally troubled ‘good bank’, Novo Banco.

According to Económico website this morning, Deutsche Bank is being taken on as a new assessor, joining those already on board who flunked the bank’s first sale attempt last year: BNP Paribas, TC Capital and Vieira de Almeida & Associates.

Económico’s story carries no allusion to investors “losing faith” in Deutsche Bank (Reuters) as its shares hit a 30-year low due to it being “hamstrung by having to pay out billions of dollars in fines to end a string of legal disputes and ageing technical infrastructure”.

It simply says that this second attempt to sell the bank that emerged from the rubble of BES “will take place without the uncertainties that mined the first auction, like the risk of litigation (which will be assumed by the Resolution Fund) and the necessities for capital (now resolved by the recent ‘bail-in’ involving some emissions of senior debt)”.

The scenario actually ignores the fact that the recent bail-in has resulted in multiple legal disputes and may yet be declared a “credit event” by the world’s leading banks (click here), which could change everything, and “light the touch paper on chaos” (according to financial writer Mark Gilbert of Bloomberg View).

But even more curious is the Bank of Portugal’s choice of a new assessor that is itself facing so much world attention.

As the UK Guardian wrote yesterday, “Deutsche Bank: Germany’s financial colossus stumbles” after 146 years of solidarity, and is now the focus of “investors’ fears for the banking system” as a whole.

Económico’s story concentrates instead on “large Spanish banks, with Santander at the head” being seen as favourites to buy Novo Banco”, as well as BPI and Caixa Bank, Chinese conglomerate Fosun (whose CEO went missing recently, sparking international press attention) and US fund Apollo.

It has to be be said, however, that Económico‘s story carries an image of Bank of Portugal Governor Carlos Costa looking less than comfortable.