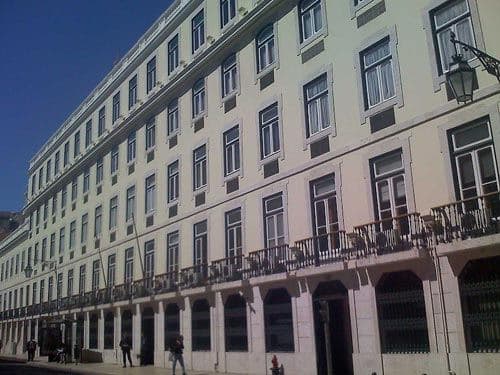 By the end of today (Sunday), the government and the Bank of Portugal are expected to reveal how they will be ‘recapitalising’ (for that read: saving) trouble-torn Banco Espírito Santo.
Analysts are pointing towards a troika-led bailout of as much as 5 billion euros. Meantime investigations into who is to blame for this “most gigantic of Portuguese financial scandals” continue apace.
Commentator and former PSD leader Luís Marques Mendes explained the nitty-gritty of the “lightening operation” currently being put together to salvage the bank that has declared a 3.6 billion euro loss for the first half of 2014.
Talking on SIC TV on Saturday, he said that when BES opens for business on Monday it will be “radically different”.
The “profound alterations” involve the splitting up of the bank into a “good” bank and a “bad” bank, the latter made up of toxic loans and activities taken on by the former administration, the boss of which – Ricardo Espírito Santo Salgado – is currently on 3 million euro bail under suspicion of a welter of financial crimes and intrigue.
The plan would see the good bank injected with the troika-money – coming from a fund backed by Europe’s main banks – while the bad bank would isolate the stocks of all the major shareholders (for that read the extended Espírito Santo family).
It’s a scenario designed to guarantee customer deposits, claims Marques Mendes.
“It is not a solution for bank nationalisation, like what happened with BPN”, he explained. “There will not be nationalisation. Neither will there be a recapitalisation in the form of what was done with BCP, Banif and BPI”, he assured SIC’s audience.
The solution “orchestrated in Brussels will be a third way: a recapitalisation in which everyone’s deposits will be guaranteed – large or small – as well as the rights of (the bank’s) workers, but at the same time making profound alterations to the shareholders’ nucleus and capital – and heavily penalising current shareholders, be they the Espírito Santo family or others”.
Marques Mendes’ theory has been echoed throughout the Portuguese media today, with all news sources waiting for the official announcement, expected later this evening.
As newspapers explain, the recapitalisation plan is vital to stop the risk of contagion within the nation’s banking sector. At the same time it will give BES’ new management under Vítor Bento time to restructure and find credible new investors.
According to media sources, there are already two European banks interested in investing in a new-look, toxic-loan-free Banco Espírito Santo.