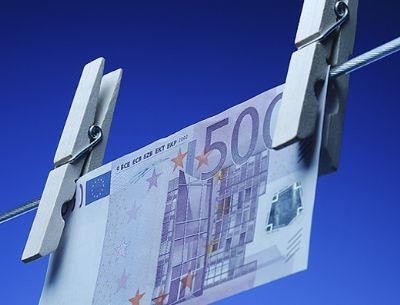 The government and the Bank of Portugal have created the post of a credit mediator whose job will be to make it easier for individual citizens and companies to get bank loans.

The new officer is the former Secretary of State for Financial Affairs, João Amaral Tomaz.

He will be paid a 6,942 euros monthly salary by the Bank of Portugal, despite the fact that the post has been created principally by the government.

The post was created this year under the terms of a Decree-Law and João Amaral Tomaz will be responsible for, among other things, trying to facilitate bank credit access to small and medium-sized companies and individuals as well as acting as a kind of independent complaints officer and watchdog for bank clients.

The post was created after complaints that the main banks made it prohibitively expensive to take out loans despite the fact that the government had underwritten billions of euros of guaranteed future loans designed to help kick-start the economy and encourage lending again after the credit crunch and near collapse of the international financial system last year.

The banks, however, have argued that with loan defaults on the increase, historically low interest rates and billions wiped off their share values they needed to concentrate on restoring the health of their credit margins and balance sheets before returning to loan issues.

In another move aimed at making the banks play fair in Portugal, banks are to be forced to give the “minimum basic information” to customers about opening accounts, simple deposit accounts, bank charges and rates so that charges are not hidden by small print or dressed up in overly complicated language.

The aim, promoted by the Bank of Portugal, is also to enable customers to be able to easily compare bank products and services.

Under a new law, which comes into force in November, banks will have to make available a leaflet of prices, costs, commissions, interest rate charges and tariffs for all their basic current account and deposit services in an easily legible and easily understood way.

According to the Bank of Portugal, banking services regulator before this new law was introduced, banks only were liable to publish details on new services and campaign launches.

Meanwhile, it was also reported this month that Spanish banks have an overly strong position in the Portuguese financial system compared to almost any other European Union country.

In terms of their technical and financial clout, Spanish banks have enormous competitive advantages and have been accused of acting “arrogantly” and with an almost “free hand” during a difficult economic situation that national banks simply can’t keep up with.

Given the current economic and financial crisis, the weekly newspaper Sol reported that Spanish banks in Portugal felt “no national obligation of solidarity” with their Portuguese competitors only involving themselves in “operations of controlled risk and secure profit” in order to shore up their financial ratios.

This had resulted in a situation where Spanish banks operating in Portugal are enjoying a position of “enviable solidity and soundness” and “financial health” whereas Portuguese banks were “fragile and at risk of losing their future competitiveness” to their Spanish counterparts.