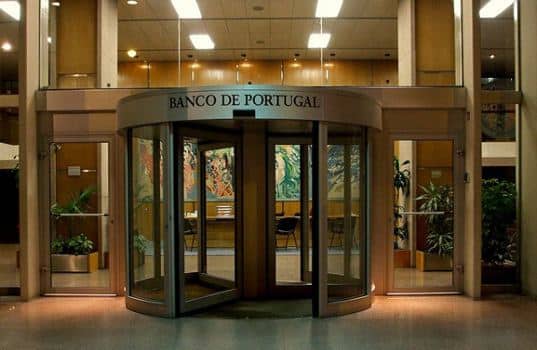 Spanish newspaper Expansión has been elaborating on the reasons why Portugal’s banking regulator is being widely accused of underhand tactics with regard to its recent €2 billion “bond dump” at Novo Banco.

Indeed, it appears, if complained about loudly enough, the reasons could even get the decision overturned, says Portugal’s Observador website.

Key is the fact that the Bank of Portugal has been very careful in which bonds it jettisoned with no warning into ‘bad bank’ BES over the festive season.

Expansión, as well as Bloomberg, explains that the five bonds are those “governed by Portuguese law, rather than UK or US law”.
There is every reason for this – given the sloth of Portuguese courts, which as Bloomberg has pointed out, could take up to 16 years to adjudicate financial issues this complex.

Goldman Sachs – who has over 830 million euros at stake due to the BdP’s BES/ Novo Banco carve up – won a key legal battle last summer, ensuring its claim will be heard by British courts on British soil. It was a decision that BdP was desperate to avoid – and thus, this time round, it chose the latest ‘victims’ of what it termed “a purely accounting measure” – with great care.

The decision has been termed “discrimination” by Expansión columnist Roberto Casado who has penned a tough opinion article on what he calls BdP’s “conspiracy” and “market manipulation”.

Where it will all lead is anyone’s guess, but lawsuits are stacking up on the horizon, with news that leading global investment management company Pimco has joined the throng coming in even today.

As Bloomberg analyst Mark Gilbert explained earlier this week, the situation is basically one in which Portugal “destroyed the principle of equality between debt securities”.

“If investors fear they are at the mercy of capricious regulatory decisions”, like this one taken by the BdP “they will think more than twice before lending to banks” and that could cause a whole lot more problems further down the line.