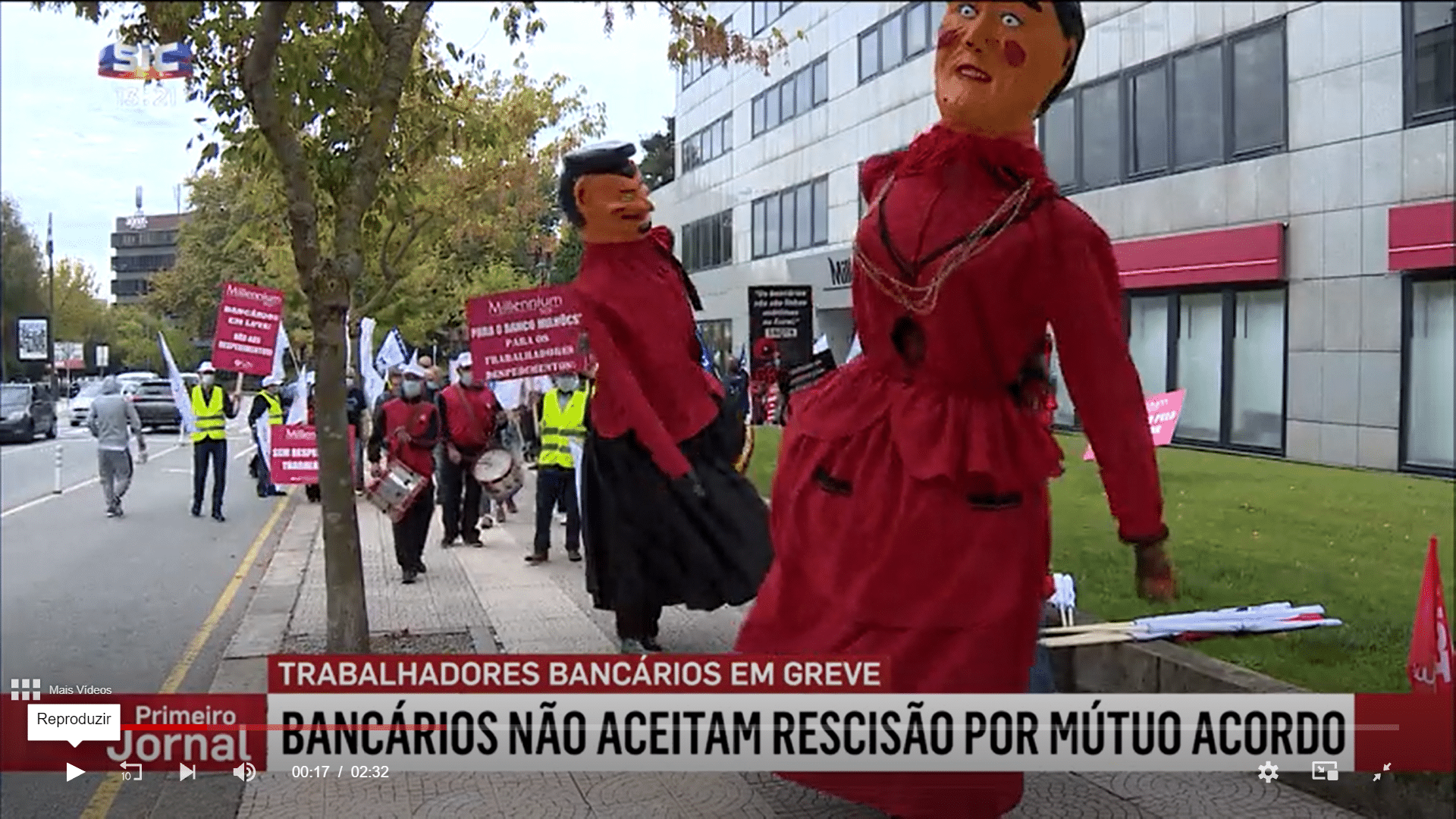 Employees of Santander Totta and Millennium BCP banks have come together for a day of strike action in Porto and Lisbon against collective dismissals that they claim are being forced upon them.

This is the first ‘national’ strike initiative in 33 years, explain reports.

Workers’ fears have been in the news since the summer (click here). But now they have come to a head. Staff have started receiving notices to say their services are no longer needed, and they say the severance terms are unacceptable.

Syndicates too stress these dismissals are being undertaken with no prior agreement with entities representing the workers.

The fact that Santander, for example, is poised to distribute €1.7 million to shareholders in November, while shedding up to 1,000 workers who have no wish to lose their incomes, makes the whole situation more painful.

This is largely the reason for today’s strike. Placards proclaim: “We have families. We are  not numbers”, while Carnival-style models of banking bosses have been waved aloft in disgust.

Says SIC, the banks have given the reason of ‘digitalisation’ for letting people go: in the past decade over 2,500 bank branches have closed their doors. The writing, to a large extent, has been on the wall. But syndicate leaders stress staff-shedding – and the excuse of digitalisation – has been going on for the last 13 years. There is no reason to keep paring branches down to the bone (unless of course the plan is to outsource to countries where labour is cheaper).

Mário Mourão, of the financial sector workers syndicate, told SIC what he and his colleagues are hoping for is a chance to ‘get round the table’ and negotiate time-scales.

What Santander and BCP are hoping to do in eight months could be done, he stressed, in two years. It would give staff time to reorganise their futures, or go into retirement at the correct moment.

Contacted for a statement, Santander is understood to have told SIC that it was still seeing ‘business as usual’ at its branches today, and that adhesion to the strike was ‘minimal’.