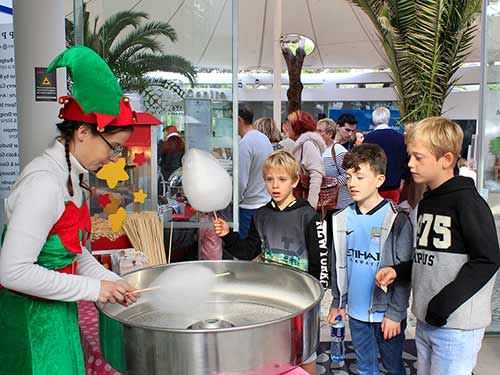 As more readers contact the Algarve Resident about problems using overseas debit cards to try and withdraw cash from ATMs across the country, police have issued a warning about criminal “cash trapping” in the region.

The Algarve Resident reported last week (April 22 edition) that customers using foreign debit cards had the amounts debited from their accounts without receiving any cash, including one holidaymaker who was affected on two separate occasions.

The first instances were reported on April 14 at Barclays and Santander Totta branches in Carvoeiro.

This week reader S.S. from Messines contacted us. She said: “This happened to me and a Finnish friend who was visiting me. My card was refused and the ATM screen showed up saying no authorisation. My friend tried twice and the same thing happened. We went to a bank in town and tried twice – again nothing. We asked at the bank what was going on and they said that it was a communication problem.”

She added: “The banks we tried were BES and Caixa de Crédito Agrícola in Messines. My bank manager at BES was very helpful and explained to me what he thought happened and suggested I phoned my bank in England, which of course, I did.”

“For the past week, my balance is showing the transaction has been taken off my bank balance but has not completed. I would expect that the entity in charge of the ATMs, SIBS, to have resolved this issue within seven days and to return the funds to my available balance, though this has not yet happened. I have spoken to my bank and they have told me there is nothing they can do as only SIBS can resolve the issue and cancel the transaction that was not completed.”

S.P., a reader from Porto in the north of Portugal, also contacted us: “I had a problem with my UK Visa debit card on April 15. I made two attempts to withdraw €200 and was told ‘transaction not authorised’. I went home and telephoned my bank in the UK, to be told that they had authorised two withdrawals and the fault was at the other end.

“She told me it happens quite a lot and could take two days or two weeks to sort out. My account returned to normal on April 21. It was frustrating and for a day or so I felt like not trusting my ATM card again, at least not my UK one. The fault must have been Portugal wide.”

In an evasive email response on Wednesday, SIBS, the entity responsible for ATMs in Portugal, who had been contacted by the Algarve Resident several times over the past week, said: “We suggest that clients visit www.multibanco.pt where they will find a list of safety measures to take when using a bank card.” The website is only available in Portuguese.

Meanwhile, the PSP police issued an alert on its website about a scam that is being carried out at ATMs across the country, particularly in the Algarve.

The method used consists of placing a plastic or metal ruler over the slot where the money is issued, which has the effect of retaining the bank notes.

“This method, called cash trapping, makes ATM users believe that the equipment has a failure and they leave the ATM premises, after which the criminals remove the ruler and the money that has been withheld,” said a PSP spokesman.

Police say they have already arrested three suspects in the Algarve and that investigations continue.

They advise bank customers to verify the ATM before getting money from the machine, to check if the card reader slot is normal and in good condition, as well as the cash dispenser.

They also warn that people should not accept help from strangers in the event of a malfunction.

In case of ATM failure, users should remain near the ATM and contact the PSP police through the phone number 112 and follow the instructions given by the police officer.

Editor’s note: The initials of readers’ names have been used in this article to protect their identity. Also read the ‘Letters’ section on our website for more comments from readers relating to this matter.