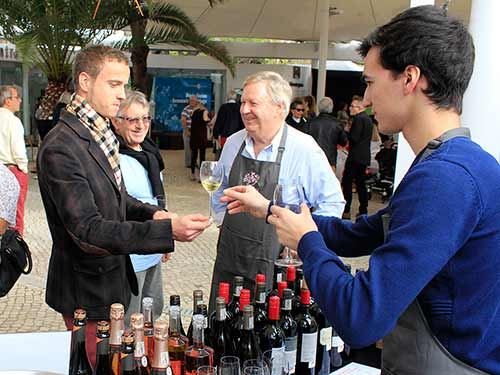 Customers trying to withdraw money using foreign bank cards at ATM points in some Algarve towns have had the amounts debited from their accounts without receiving any cash, including one holidaymaker who was affected on two separate occasions.

The first instance was reported on Thursday evening, April 14, after David Packham, a tourist who was on holiday in the Algarve, tried to withdraw money from the ATMs outside Barclays and Santander Totta branches in Carvoeiro. He was faced with the same problem on Friday morning, April 15. The money had been debited from his account although the cash had not exited the machine.

David Packham told the Algarve Resident: “I was very angry. I was left with my girlfriend and three teenagers with no cash. Barclays Bank in Carvoeiro was unhelpful and uninterested in solving the situation. I have contacted my bank (Lloyds) in England, who told me not to worry as everything will be sorted out.”

A spokesman for Barclays bank in Carvoeiro said: “The ATMs problem is now solved and all is working well. It was a system communication failure. We received information that the problem had been solved during Friday morning (April 15).”

A spokesman for the Santander Totta bank in Carvoeiro added: “There was a problem with the ATM terminal, but only with foreign cards. We don’t know exactly what happened, but some customers told us the machine wasn’t working.”

The ATM at Barclays in Lagoa also experienced the same problem on Friday, April 15, and a bank customer contacted the Algarve Resident on the day to report that a group of unhappy tourists was gathered outside the bank. The Algarve Resident was told by a bank employee that the problem had nothing to do with the bank and it was with SIBS, the entity in charge of the ATMs.

However, when David Packham tried to get cash again on Monday night at Barclays in Carvoeiro, the same problem occurred. A spokesman for the bank said on Tuesday: “We haven’t received any information about the re-occurrence.”

Local resident Mark Colebatch also contacted the Algarve Resident about the ATMs problem. “I had to meet a good friend, who was at a local restaurant, to give him money to pay his bill. He was panicking and didn’t know what to do,” he said.

The Algarve Resident contacted several other banks in the Lagoa area and other council areas in the Algarve, but none had been affected.

A spokesman from the Barclays branch in Almancil said: “We haven’t had any information about this. We have had no complaints but if there was a problem it must fall under SIBS’ domain.”

Banco Espírito Santo in Faro said: “If you hadn’t contacted us, we wouldn’t have known that there was a problem. SIBS should be contacted for more information about this subject.”

A spokesman from Caixa Geral de Depósitos bank in Portimão said: “Nobody came in to tell us they had a problem with our machines. However, you should contact SIBS for more information.”

A spokesman from SIBS said: “The situation of the affected equipment has been looked into by SIBS technicians and the necessary corrections have been made. The problems may have been caused due to criminal activity.”

Regarding the repeat incident on Monday evening in Carvoeiro, he said: “We are currently looking into the circumstances.”

Have you also experienced problems withdrawing money from an ATM in the Algarve using a foreign card? Email Editor Inês Lopes at ines.lopes@theresidentgroup.com