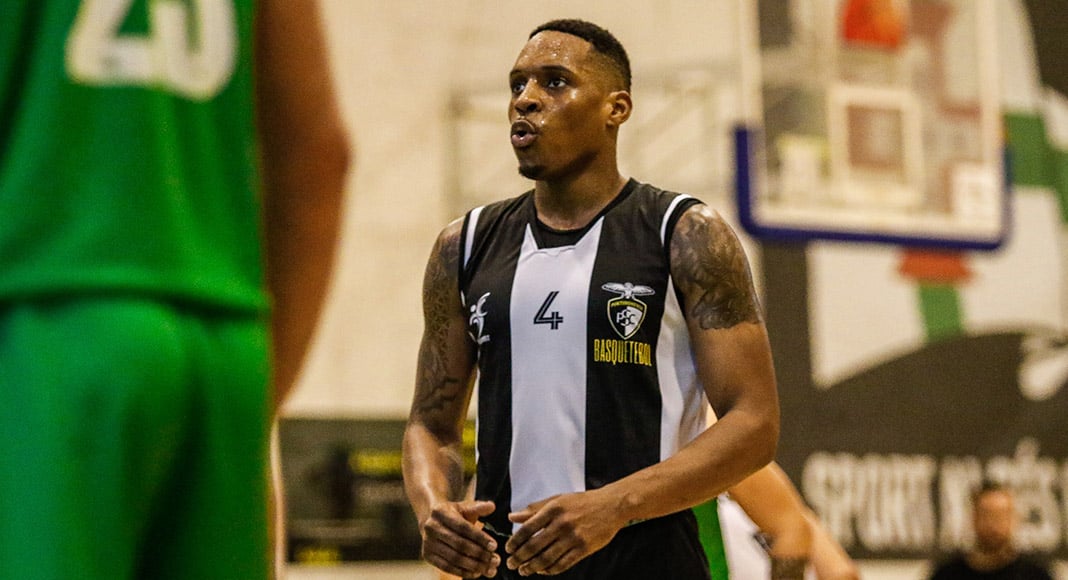 An American basketball player playing in Portugal for the first time enjoyed a fantastic season in Portimão, helping local team Portimonense reach the eighth spot of their league which would have sent them into the playoffs had the season not been cancelled due to the coronavirus pandemic.

Marcus Patterson, aged 25 and from the Bronx in New York, was the starting shooting guard for Portimonense throughout the 2019-20 season.

He led his team in points, rebounds, steals, free-throw percentage and minutes played, and ranked third in the league in scoring, 11th in rebounding and fourth in minutes played, finishing seventh in the race for MVP (most valuable player) of the I Divisão de Basquetebol – the country’s third tier league.

All in all, Marcus averaged 22 points, nine rebounds and two steals per game.

But how does an American end up playing basketball in the Algarve?

After attending and playing basketball at The Sage Colleges in New York, being named Gator of the Year (the team’s most valuable player) and Male Athlete of the Year in his senior year, Marcus moved to England to complete his masters’ degree in Psychology at the University of East London.

At the same time, he played in the England National Basketball League for East London All-Star in 2017-18, but then took a year off due to an injury.

Seeking an opportunity to play again, he enrolled in the Eurobasket Portugal Tour 2019 which allows players to compete against Portugal’s finest basketball teams such as Benfica, Porto and Oliveirense in a bid to showcase their skills.

“I played quite well and an agent took notice. Shortly after, I signed a deal with Portimonense,” Marcus told the Resident.

Not only did the deal give Marcus a chance to do what he loves again, it allowed him to discover “the beautiful Algarve”.

“I had no idea the Algarve was this big,” he said.

“My favourite place other than the gym is Algar Seco in Carvoeiro. It’s like paradise; I’ve never seen anything like it. It’s beautiful and refreshing,” Marcus told us.

The New York native was also impressed by how “everyone speaks English”, making his adjustment to life in Portugal much easier.

On the court, however, not everything was a bed of roses.

“Most guys were new to the team, including myself, so we struggled in the beginning of the season with chemistry. We were losing games due to silly mistakes and small details. We were all trying to figure out our identity as a team and what worked for us,” Marcus told us.

He added: “There were nights I couldn’t sleep because I was thinking of ways to be better. I was obsessed with watching film and making sure I was doing everything possible to win.”

Things started to turn around in January when the team started to find its identity and win more games.

“We were gaining more confidence as a team and key players such as our captain Pedro Almeida and Armando Francisco really stepped up big in key moments. Everything was clicking until the Covid-19 pandemic happened,” Portimonense’s American star said.

The team allowed Marcus to return home before the situation deteriorated, although he was ready to return as soon as the season would be allowed to resume.

However, the season was only officially cancelled last week.

“We were tied for the eighth spot in the playoffs in the South Zone with an advantage over the ninth seed by a few points because we had beaten them before. We had five games left and they were against teams we already had played and beaten before. So, as a group, we were confident to finish the season and secure a playoff spot,” he said.

Marcus admits that the decision to end the season left a bitter taste in his mouth.

“The season is over now, and you never really know how things would turn out. However, I’m sure every organisation’s goal is to move up to the higher league and Portimonense basketball is definitely in the right direction,” said Marcus, who is open to returning to Portimão and helping Portimonense climb the ladder up to Portugal’s basketball elite.

“In terms of my future with Portimonense, the team would like for me to come back and says they will make an offer when signing period begins,” he told us.

While basketball, like any other sport, continues to play second fiddle to football in Portugal, Marcus believes that the “level of opportunity to grow the sport here is huge”.

“There are a lot of guys from the NBA who are coming over to play in Portugal. I believe that, over time, it is going to get harder to earn a place on teams here,” he said.

LeBron: a role model “on and off the court”
When asked who he looks up to as a basketball player, Marcus was quick to respond.

“LeBron James. Everything about him, the way he acts on and off the court,” Marcus told us, praising nonetheless all the coaches and mentors he has had throughout his journey who have shaped him as a player and human being.

While Marcus led his team in many basketball statistics, he believes that the strongest part about his game is his “mental aspect”.

“I always try to make sure teammates get along and respond better to adversity. I’m a mental guy, and it’s an aspect I value,” he said. 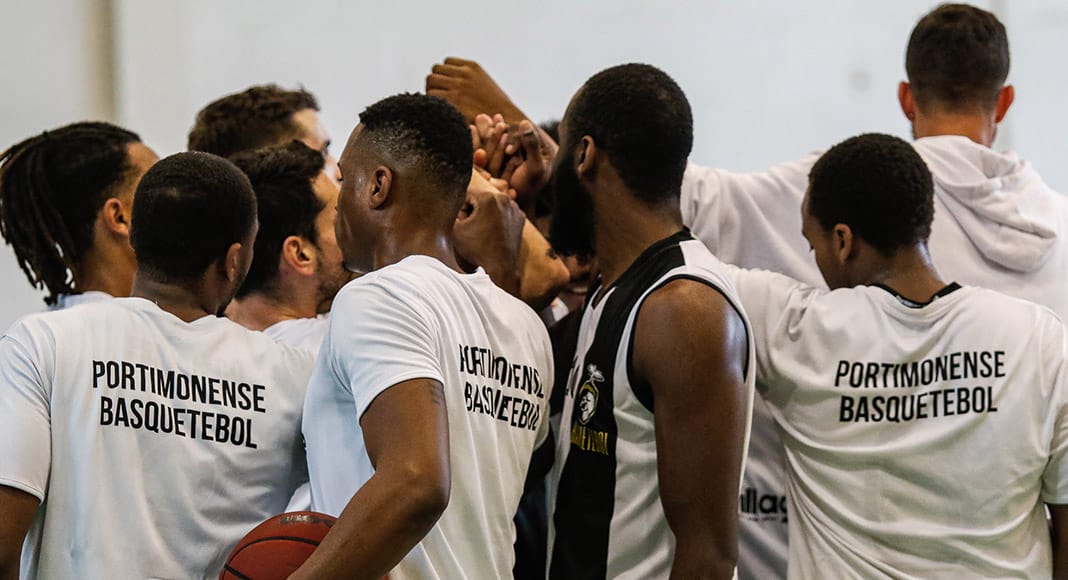 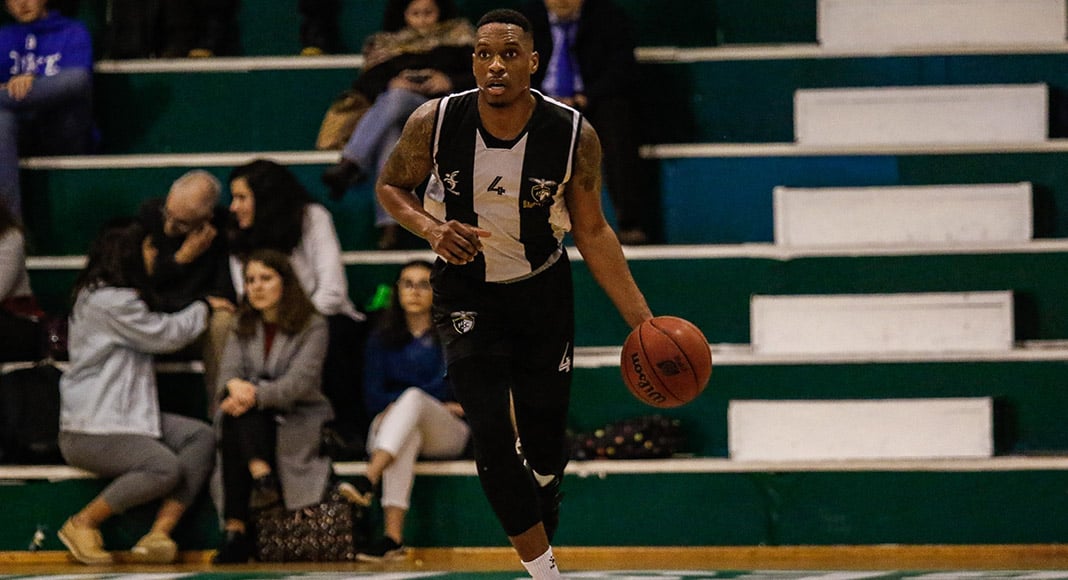 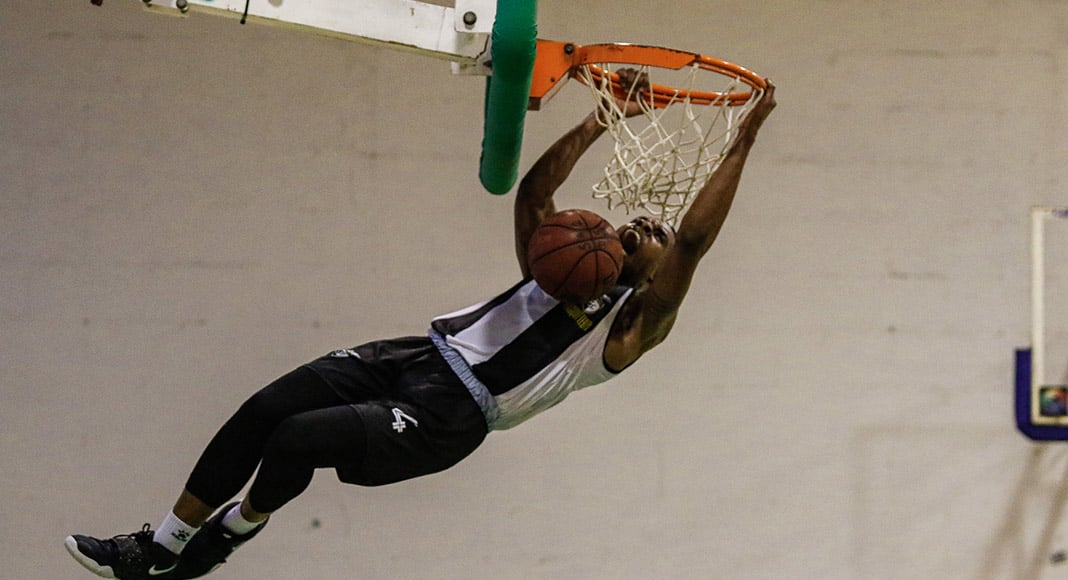